Handlebar Vaping Elixir operates out of Sunderland in the United Kingdom and is owned and operated by James Blyth, a very active member of the vaping community and a member of our very own forum.

Currently Handlebar Vaping Elixir offer two vastly different liquids in terms of flavour profile, in the form of Soda Pop and Frank, with exacting mix ratios of 70VG 30PG with Soda Pop for 3mg, 50/50 for all other strengths, and Frank is mixed to a 57VG 43PG mix. Nicotine strengths are available in 3mg, 6mg, 12mg and 18mg, available through the Handlebar Vaping Elixir Facebook page at extremely reasonable prices, with the added bonus of them arriving to your door pre steeped and ready to vape.

Both of the Handlebar Vaping Elixir juices are wildly popular at the moment, with Frank in particular an incredibly sought after juice, selling out almost as soon as each batch is available. Let's have a look at what makes Soda Pop and Frank so wildly popular today...

Soda Pop is based on the classic Grape Soda drink massively popular in the US. Now I've tried a few Grape Soda vapes, and they have always left me a little flat, either lacking in flavour or packing too much grape flavouring to the point that the vape becomes artificial tasting, but Grape Soda by Handlebar Vaping Elixir nails this flavour to perfection.

There is just the perfect amount of grape flavouring on the inhale to replicate that first swig out of a can of Grape Soda, becoming a little lighter on the exhale as the soda flavouring comes in, and there's even a delightful fizz on the tip of your tongue too just to add to the experience. It's a really magical vape and it captures the essence of the drink to perfection. 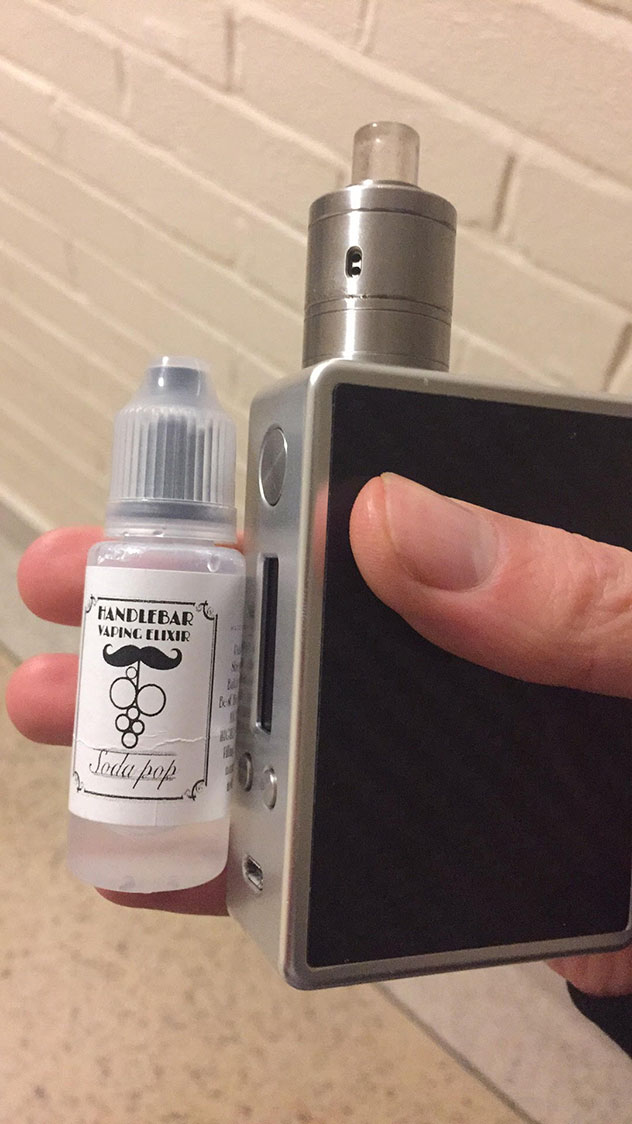 Frank is the juice that has proven to be so incredibly popular recently, that whenever batches are available a list goes up for orders and you need to jump on it quickly to avoid disappointment, as it sells out in no time at all, such is the immense quality of this juice.

Frank is a complex one, and varying it between different atomizers, builds, wicks and power levels will yield differing results but it always delivers an outstanding vape. You may think I'm harping on a little, but Frank has almost instantly become one of my favourite juices of all time. I get a beautiful mix of coconut and sweet tobacco, with an incredibly creamy custard in the background. I've found this to be one of the only juices containing custard that shines on mesh, other examples being Manabush Powwow Sauce and South Coast Vapes Callicustard, but for me it is best on cotton, in a flavour RDA, at 30-35W. Others have their own sweet spots for Frank but I've found this to be mine. Take a look at the countless 5 star reviews on the Handlebar Vaping Elixir page if you need further convincing, there's many a satisfied customer there! 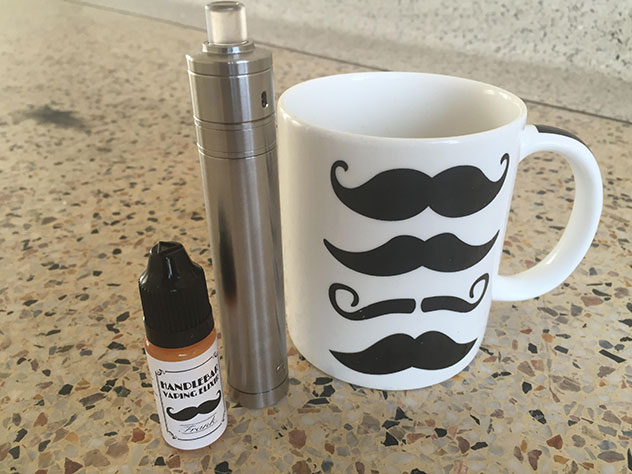 Both Soda Pop and Frank from Handlebar Vaping Elixir have got to be the best juices I have discovered in 2016, and two of the best juices I have ever discovered. Soda Pop and Frank are two juices just so packed full of flavour that they work incredibly well no matter what you vape them in, from sub ohm tank to high end rebuildable, as well as drippers and Genesis atties with mesh builds. Both of them are all day vape contenders, and all day vapes for many already, from the first taste of both Grape Soda and Frank I was instantly hooked on these juices. They are versatile enough to work fantastically well at low or high wattage, always delivering outstanding flavour, and no matter what atomizer I have put them in, they have always delivered real top notch flavour.

Customer service is at the forefront of Handlebar Vaping Elixir and besides James being an extremely pleasant and agreeable chap to deal with, orders are sent out extremely promptly and he is always there to answer queries through the Handlebar Vaping Elixir page. I'm already eagerly awaiting the next batch of Frank to become available, and happily tooting away on Soda Pop whilst I do so. This is really magical stuff and you owe it to yourself to try both at least once! 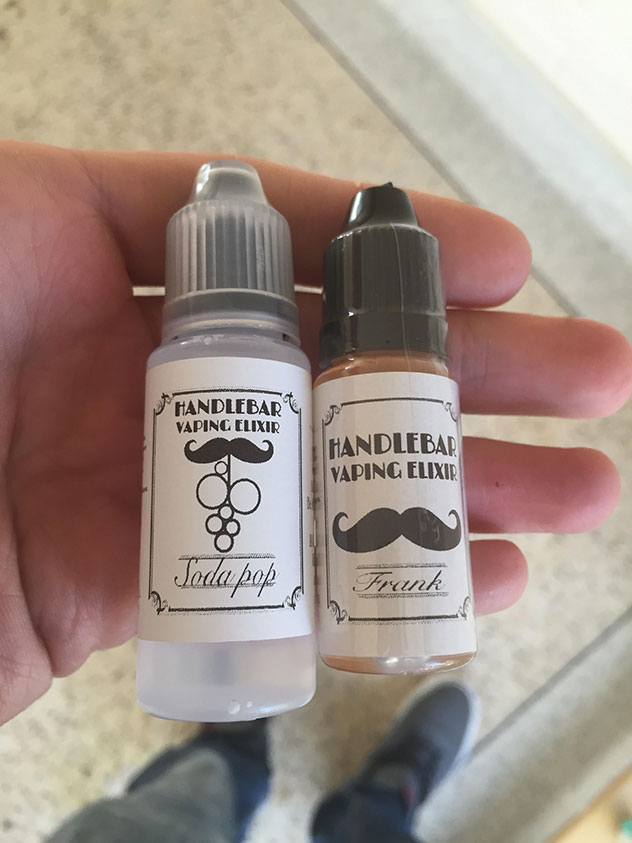