Today for review we have the Good Ribes range by Diamond Mist, which was provided to me by VapeInc. I have no affiliation to VapeInc or Diamond Mist, and all that follows are my own thoughts based on my personal experience.

I was sent a very impressive package containing the whole range and I like the packaging, it’s verging on retro and there’s no mistaking what flavour this is trying to emulate with “Good Ribes” & “Nostalgic Blackcurrant” written on the bottles. No it’s not Sunny Delight but quite why it’s nostalgic when the drink is still available is a mystery only Scooby and the gang can solve. Maybe they are trying to invoke memories of our youth, the long summer days, jumpers for goalposts and wondering how they got the penguins to pose for the picture on the wrapper. Purple tinted nostalgia we’ll call it.

All the bottles carry the slogan, the VG/PG ratio, all the relevant warnings, the address and phone number, and a nice little flag to tell us that these are made in the UK. The bottles are nice and squeezy without being too hard or soft, and have child proof caps which in all honesty I struggled to get off sometimes but is that the design or down to me? It’s me. The shortfill has a pop off cap and whilst it’s not difficult to get off to add a nic shot, I would prefer the flip top bottle design.

So, is this range just nostalgia or has it (Ri)bena success? Let’s find out. 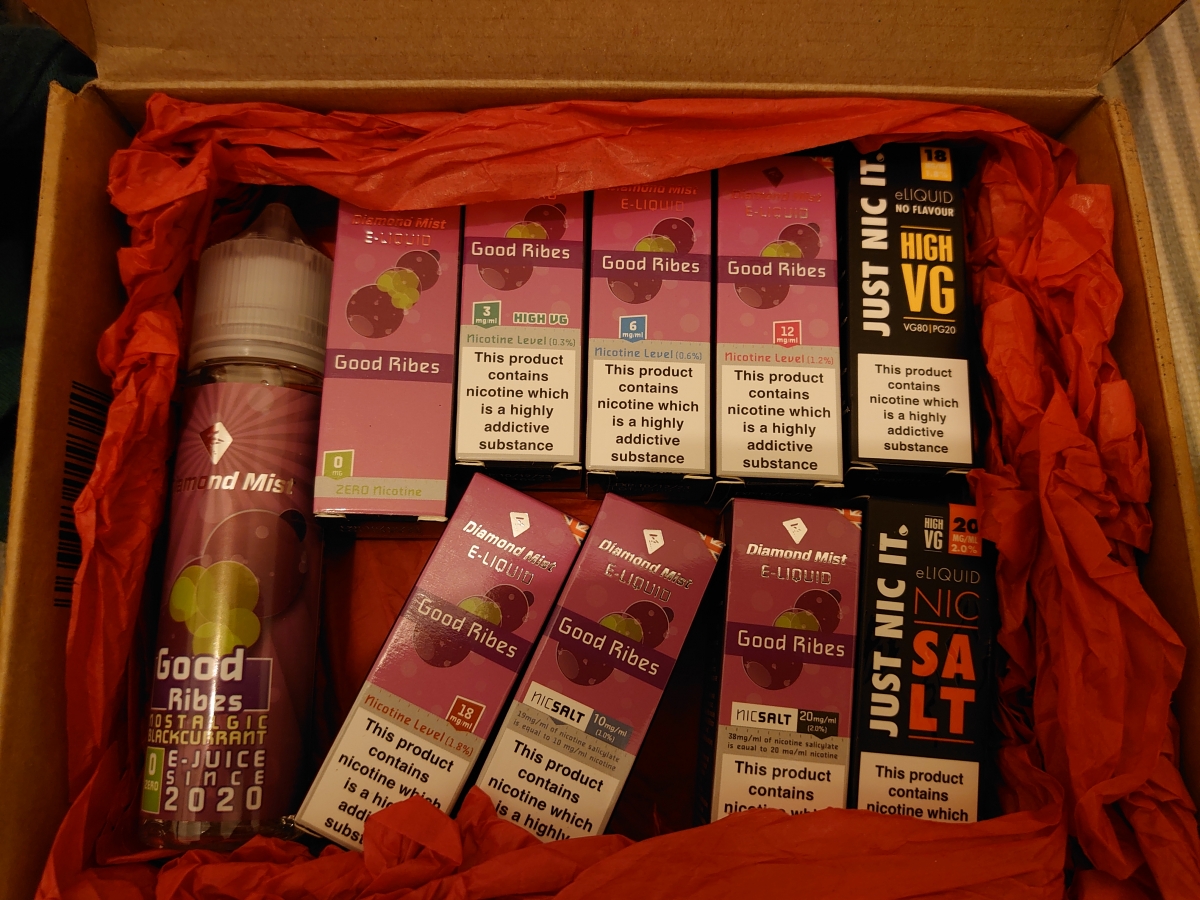 These all taste virtually identical except for the throat hit, so which one you choose from 6mg/12mg/18mg will depend on what strength suits you.
I like a blackcurrant vape and I still drink my fair share of Ribena, so I was looking forward to trying this. Right from the first vape, I knew I liked it. It’s got a lovely smooth, juicy blackcurrant flavour which you can taste right from the inhale. On the exhale, you can taste the depth of the blackcurrant and then you are left with a delightful mouth feel of that juiciness which feels like it almost coats your mouth in a wave of blackcurrant goodness. It really is pretty close to drinking that famous drink, and it’s very moreish indeed. 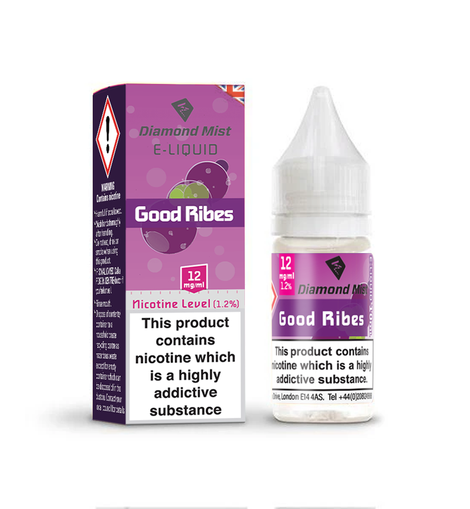 The only difference here is the throat hit provided by the 3mg being more than 0mg, so which variant you prefer will be down to you as they taste pretty much the same.

There’s a nice smooth vape here with that blackcurrant providing a decent amount of flavour and then some juiciness on the exhale, and again it has a nice mouth feel. However, with these variants the flavour is there but it’s not quite as prominent as the 50/50 variants. Don’t get me wrong, the flavour is still really nice and you can really taste it, but it’s just not at the same level as the 50/50. It's like making a slightly watered down version of the drink, it’s still nice but it’s not the same. 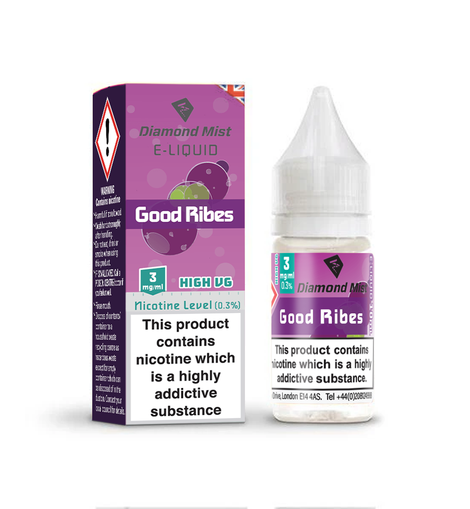 I’m normally like my salts at 20mg so I started with that one and I ended up somewhat disappointed. It’s like a completely different liquid to the others, there is a blackcurrant flavour in there somewhere but overall the taste is weak and pretty bland in my opinion. The 20mg also made me cough quite a bit, I’m used to 20mg salts so quite why this was, I don’t know. The 10mg version was better on the throat and the flavour was slightly stronger, but it still wasn’t enough and these tasted nothing like any blackcurrant drink I’ve ever tried. 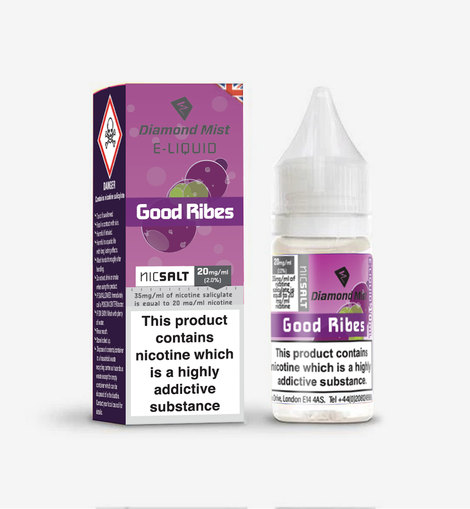 I added a 100% VG 18mg nic shot to this to make it 3mg.
Good Ribes indeed, this is good, really good! I took a vape on this and instantly sat back and just vaped away for quite some time remembering those summer days, kicking back with an ice cold blackcurrant drink without a care in the world and a head full of dreams. As soon as you inhale, you can feel the blackcurrant dancing on your palette almost bursting into your mouth, and then you exhale and it coats every single tastebud with a lovely array of blackcurrant goodness which makes your mouth water. After each vape, I’d just sit a moment and enjoy the aftertaste which is again so very close to the beloved drink. The penguins wanted me to point out that an iced nic shot added to the shortfill would work really well. 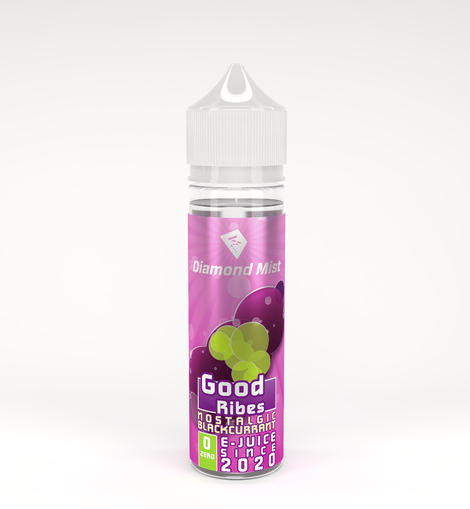 Overall I’ve been impressed with how they’ve managed to make something as seemingly simple as a blackcurrant drink taste so full of flavour and so delightfully juicy. The salts aren’t going to win any fans and there was just a little something lacking from the high VG variants. What I will say though is that if you like blackcurrants or blackcurrant drinks then you should try the 50/50 range or the shortfill as they will provide you with some good ribes indeed. 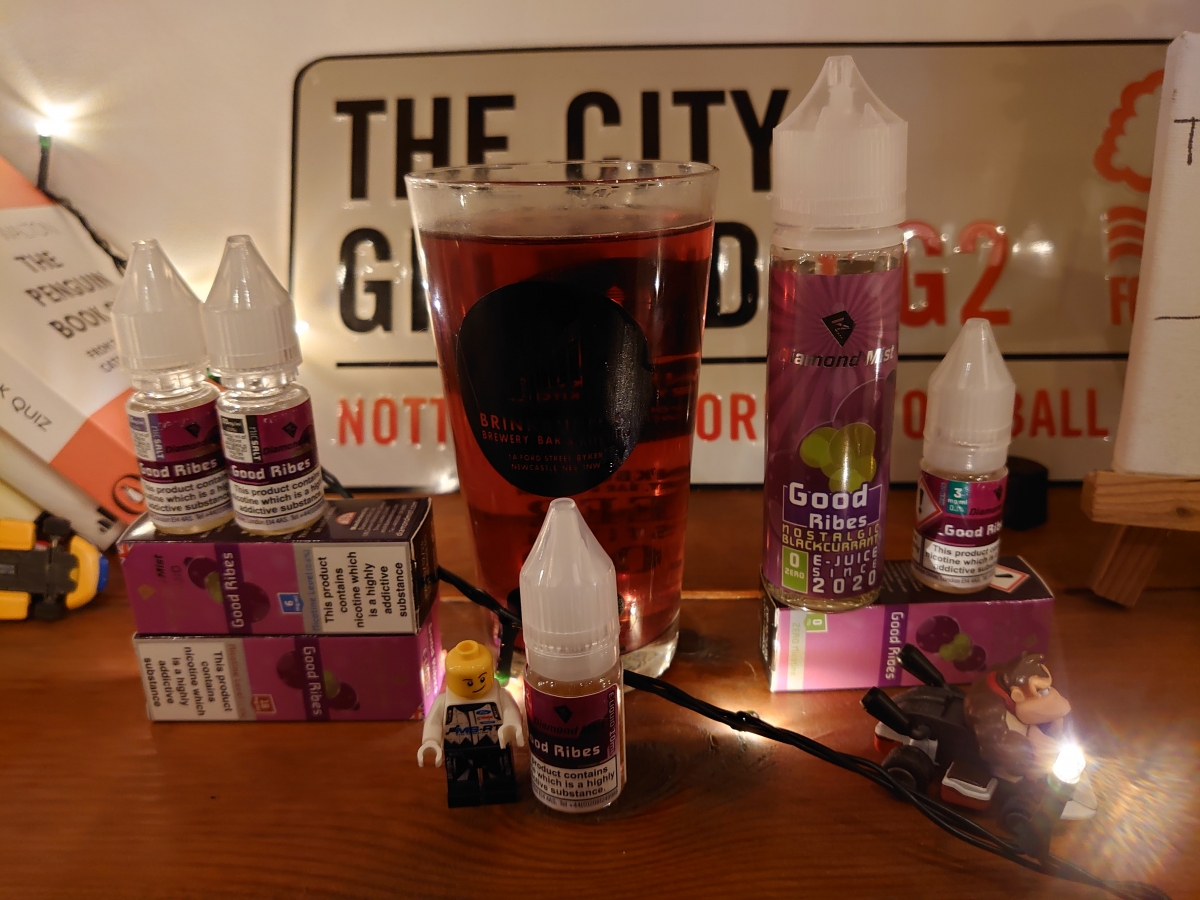