Based out of Gloucestershire, UK, Crystal Cloudz is run by John Illife and Kay Russell-Illife who quit smoking and began vaping after Kay suffered a heart attack and underwent heart bypass surgery. John's sister sent over their first starter kit, and from there they progressed onto the famed iStick/Nautilus combo and began looking for great e-liquid to vape. After spending large sums of money trying out various different brands, they became frustrated with what was on offer and decided that making their own e-liquid was the way forward.

Many hours of research later, John found a method of mixing his eliquid that worked perfectly for him, and began telling friends and work colleagues about his latest creations. His friends and co-workers then asked to try his e-liquids, which resulted in John being asked to make even more for them, and from this Crystal Cloudz was born.

Crystal Cloudz have gone from strength to strength over the past couple of years, and their crystal themed e-liquid is now produced within a lab, also having been fully tested and analyzed to ensure it is compliant with TPD regulations with the relevant EC-ID numbers for each of their products listed on their website. They have four e-liquids within their range at present, mixed to a 70/30 VG/PG ratio and they are available in 10ml bottle sizes with nicotine strengths of 3mg, 6mg and 9mg, and their eliquids are also available in short fill 60ml bottles containing 50ml of nicotine free eliquid which a 10ml nicotine shot can be added to. 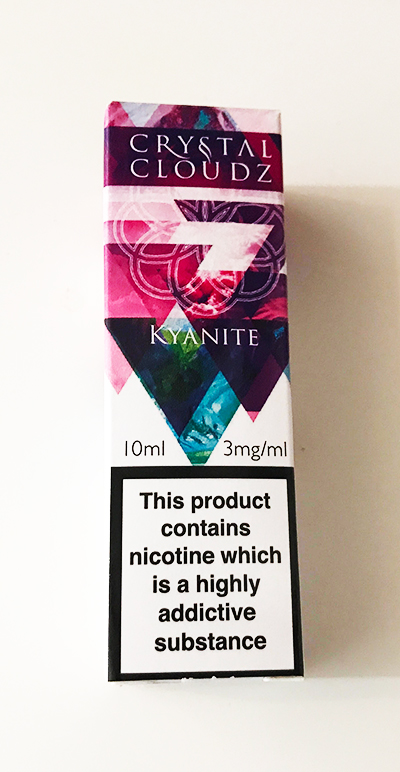 A blend of blueberries and raspberries with minty undertones which freshen the palate and cleanse the mouth...

I first experienced Kyanite back in April of this year, whilst myself and mrsdw1986 were staying with some friends and they gave us some to try, and since then it has become a favourite of ours, so much so that we had to bulk buy even more from the Crystal Cloudz stand at Vapefest! Kyanite has a wonderously sweet inhale, with a mouthwateringly sweet mixture of blueberry and raspberry, rounded off with a crisp mint on the exhale. Kyanite is a hell of a tasty e-liquid, and an addictive one at that! 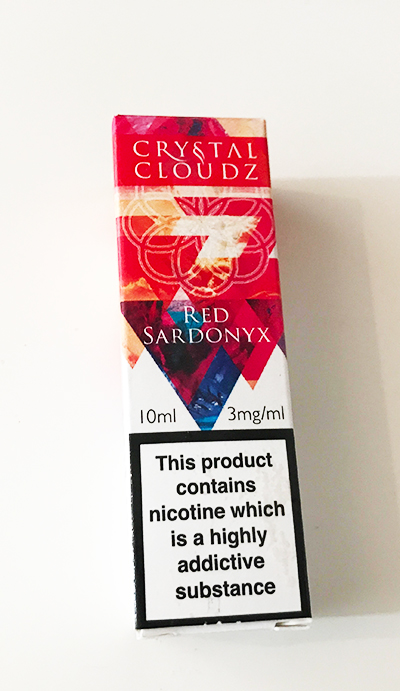 Red Sardonyx is an immensely refreshing vape, it's like vaping a tropical ice cream itself and this is one that definitely puts a smile on my face! The mango and passionfruit are expertly mixed together, with neither flavour overpowering the other, and the cream heavy exhale compliments the mango and passionfruit notes perfectly. It's a hard one to put down, my 10ml bottle didn't last me the day, and I'll be re-ordering more of this again for sure! 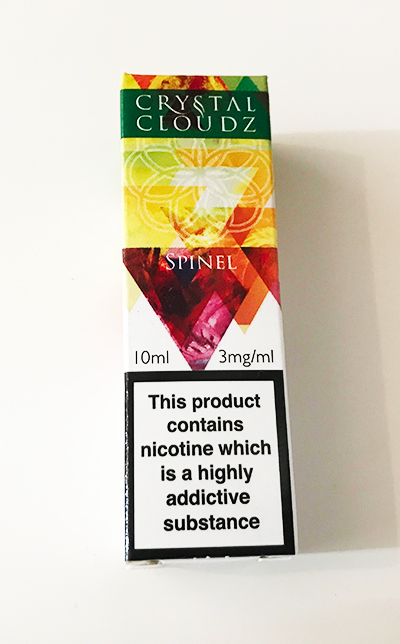 Spinel is an e-liquid I've seen widely discussed and handchecked on social media over the past year and after finally trying Spinel it's not hard to see why- it's a masterful eliquid! I get a straightforward, authentic grapefruit flavour that just makes my mouth water, and unlike the fruit itself it isn't overpoweringly sour but rather it has a smooth, cleansing exhale. Incredible stuff! 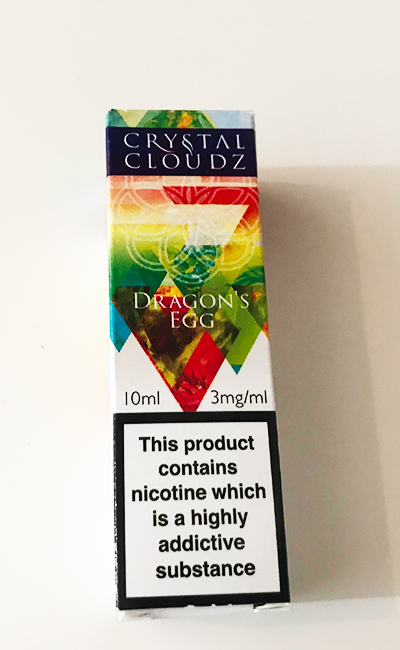 A fruity combination based around dragonfruit with subtle undertones of pear and sweet orange cream...

Rather than the orange being a subtle undertone, I get a real heavy overtone of orange with Dragon's Egg, with the dragonfruit and pear in the background, and a smooth cream on the exhale. This flavour combination is one that really appeals to me, the flavour notes all blend together amazingly well indeed, producing a sweet and creamy vape that I would happily vape all day long!

Crystal Cloudz ranks up there as one of the most enjoyable ranges of eliquid I have tried not just this year, but in the past four years that I have been vaping. These four eliquids are all top class in their own right, and have been mixed to perfection to deliver a range of juices that are incredibly moreish. Whilst these will taste excellent in pretty much anything you put them in, I found that they really shine in an RDA with a sub ohm build with the wattage set in the 40-70W region.

If you are a fan of fruity, sweet e-liquids then Crystal Cloudz must be on your to buy list, and even if you aren't then these should be on your to try list anyway such is the excellent quality of these eliquids! Full credit to John and Kay for what they have achieved with their Crystal Cloudz range, this is a real top quality line of sweet e-liquids and each one of these could easily be considered as all day vape worthy! Check them out at https://crystalcloudz.co.uk/. 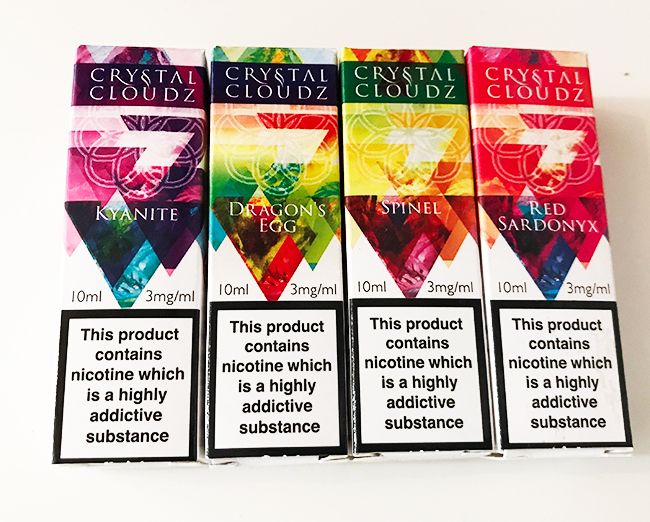