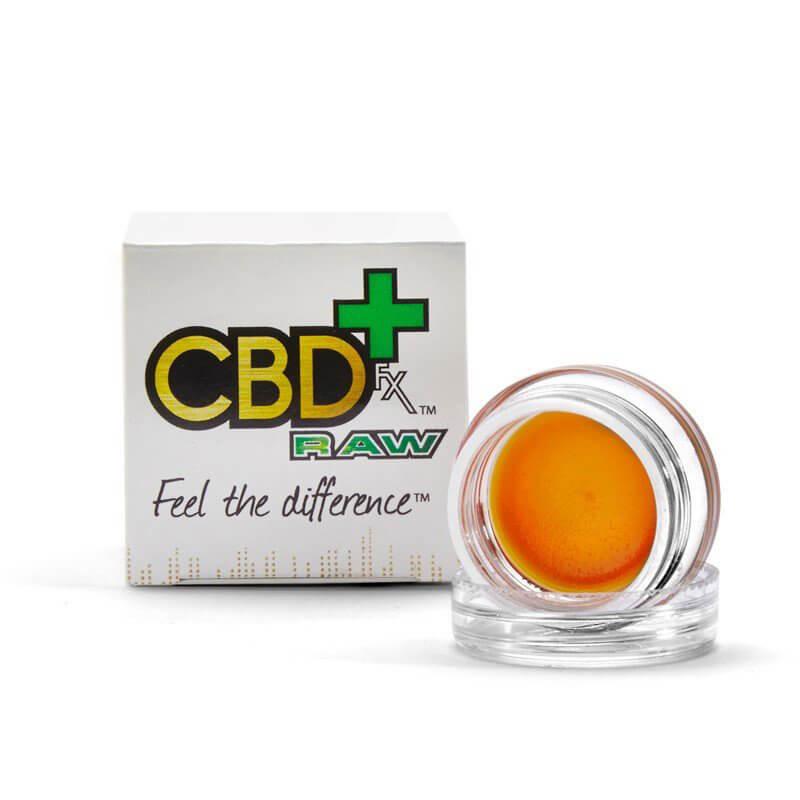 CBDfx are a California based company that specialises in offering a wide range of CBD products, such as oils, tinctures, edibles and much more, using CBD extracted from the highest quality EU sourced hemp products on the market, and their products are produced under strictly controlled conditions.

CBD Wax (Raw Dabs) from CBDfx is intended for the CBD user that wishes to use CBD in one of the cleanest and purest forms available. CBDfx Wax is a totally safe and natural way to absorb CBD, and it's also one of the most effective too! It is sold in 300mg concentration, containing 30% CBD Oil, and is rich in cannabinoids, essential amino acids and terpenes. CBDfx CBD Wax (Raw Dabs) is a full spectrum CBD manufactured from organically grown, non GMO hemp sourced from the EU.

CBDfx CBD Wax (Raw Dabs) is sold through E-Liquids UK in 1 gram pots for £29.99 per pot. The pot itself looks like a clear lip gloss pot, containing a dark amber coloured CBD Wax in 300mg concentration.

To inhale CBDfx CBD Wax (Raw Dabs) you will need specialist dab equipment, such as a dab pen for example, if you wish to heat and inhale it. This provides a pure and concentrated dose of CBD, and I could feel the effects immediately after a couple of inhales! I've found that it has a very good effect on my sleep as well, and I tend to use it just before bed time. You only need a very small amount to vapourize, and the 1 gram pot contains around 20 servings on average which lasted me just over two weeks.

If you don't have a dab pen to hand, you can ingest the wax itself by getting a small rice-grain sized amount and holding it under your tongue before swallowing. I've noticed that this doesn't seem to be as effective as using a dab pen, so I would recommend using CBDfx Wax (Raw Dabs) with a dab pen where possible!

CBDfx Wax (Raw Dabs) has had a very good effect on the quality of sleep that I get, and I've found it to be one of the most effective forms of CBD that I have tried. The 1 gram pot goes a long way too, which definitely did surprise me given the small size of the pot!

Many thanks to E-Liquids UK for sending CBDfx Wax (Raw Dabs) in for review, this can be purchased here. Discount code POTV will get you 10% off (not to be used on products containing nicotine)!