A coalition of international vapers calls on the Australian Health Department to end the crackdown on vape businesses and consumers. In a letter released on Wednesday, 20 July 2022, vaping activists from around the world called on the Australian Department of Health to stop the crackdown on legal vape businesses and instead seek other regulatory measures. Aside from destroyed businesses, the coalition is worried that the measures will hurt consumers by pushing them to the black market.

Director of the global vaping advocacy group World Vapers’ Alliance Michael Landl said: “Vaping has been a lifeline for more than 80 million people who struggled to quit smoking. It’s the most successful smoking cessation tool so far and has been acknowledged so in the UK, France, and New Zealand, to name a few.

“Closing down vape shops will not only lead vapers to the black market in search of their preferred products but also prevent many smokers from quitting traditional cigarettes as they will struggle to find alternatives on the market.

“By restricting access to harm reduction tools while keeping traditional cigarettes on the market, the WA government is opening the doors to a public health disaster.”

In the letter sent to Hon Mark McGowan, Premier of Western Australia, the 17 organisations point out that the clause in the Tobacco Act, which prohibits the sale of all vaping materials and vape juice, referred to by the health inspectors, does not exist. The letter also explains that the lack of quality products and counselling resulting from vape shop closures would only harm the consumers who seek to quit smoking or have already done so thanks to vaping.

Brain Marlow, campaign director at Legalise Vaping Australia, said: “Vaping has helped millions of Aussies to quit smoking, but without access to reliable information and quality products on the market, many of the vapers who managed to quit smoking thanks to vaping will risk going to the black market or back to smoking altogether.

“The current vape shop crackdown policy risks the lives of millions of Western Australians and needs to be addressed immediately.”

Signatories to the letter calling on the Health Department to review the current crackdown policy and think of alternative regulatory solutions to combat illicit trade in WA. 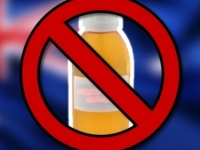 Another Setback For The Oz Nic Ban 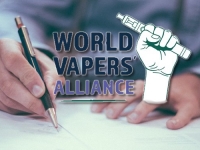 WVA Members Address The WHO