Award-winning e-liquid producer, Riot Labs, unleashed the UKs first ever ‘Riot Rehab Bus’ at the Cambridge Club festival. It has continued its busy summer with trips to Strawberries & Creem, Glastonbury, and the Henley Royal Regatta. The bus’s mission is to help current smokers successfully make the switch from tobacco and reap the benefits.

Cambridge’s vibrant festival scene kicked off with the Cambridge Club festival, and the event played host to a new quit-smoking initiative from award-winning e-liquid and disposable e-cigarette producer, Riot Labs.

The UKs first ever 'Riot Rehab Bus’ lined-up at the event and welcomed thousands of festival goers keen to kickstart their quit-smoking journey. 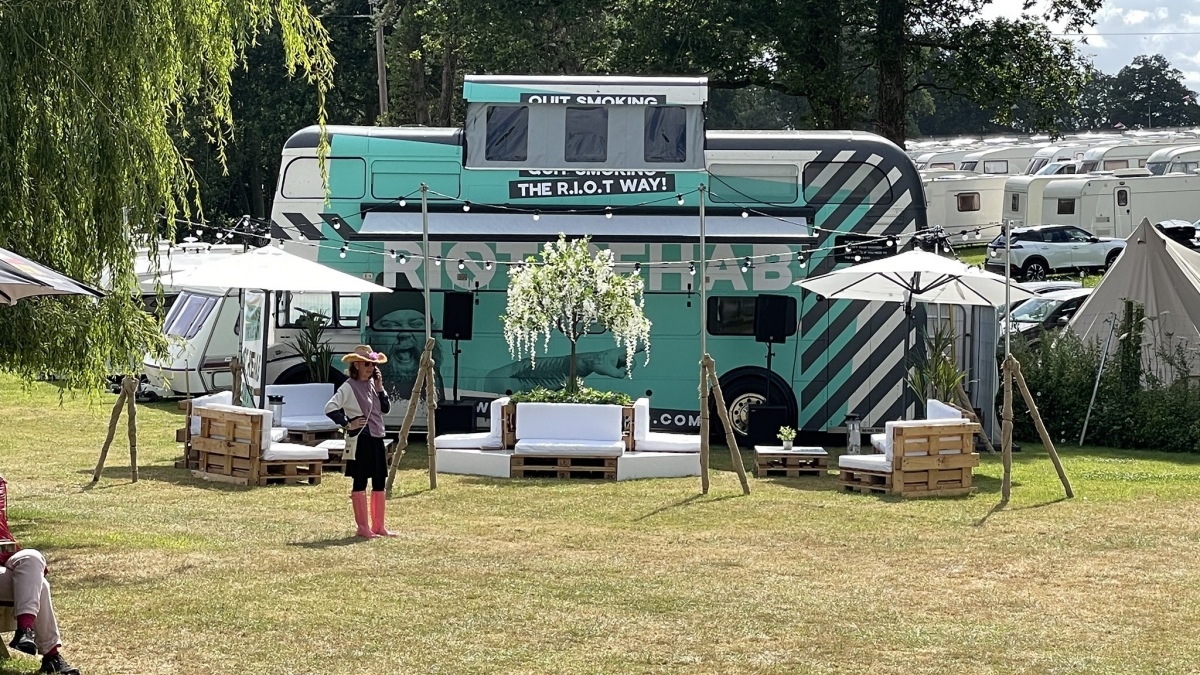 The big, loud, unmissable bus provided a party-atmosphere of its own. Visitors could get their hands on Riot Labs products including a range of e-liquids and their latest disposable e-cigarette - Riot Bar - and speak to Riot Labs trained quit-smoking professionals about the R.I.O.T 4-Step quit-smoking plan.

Using the Rehab Bus to create a festival atmosphere was a deliberate move. Festivals are packed with trigger moments that make people smoke. Music, alcohol, socialising, and being outdoors are all significant triggers - and Riot Labs believes sticking the Riot Rehab Bus in the heart of the action will help gate-crash smokers' urges, to help them kick the habit.

Cambridge's growing reputation as a festival hotspot continued with the arrival of Strawberries & Creem, and Riot Labs used the Riot Rehab Bus to target the summer festival circuit and deliver its engaging 4-Step quit smoking plan. The company also sponsored the main stage - or Riot Arena - to raise even more awareness for its mission to help people ditch the cigarettes. 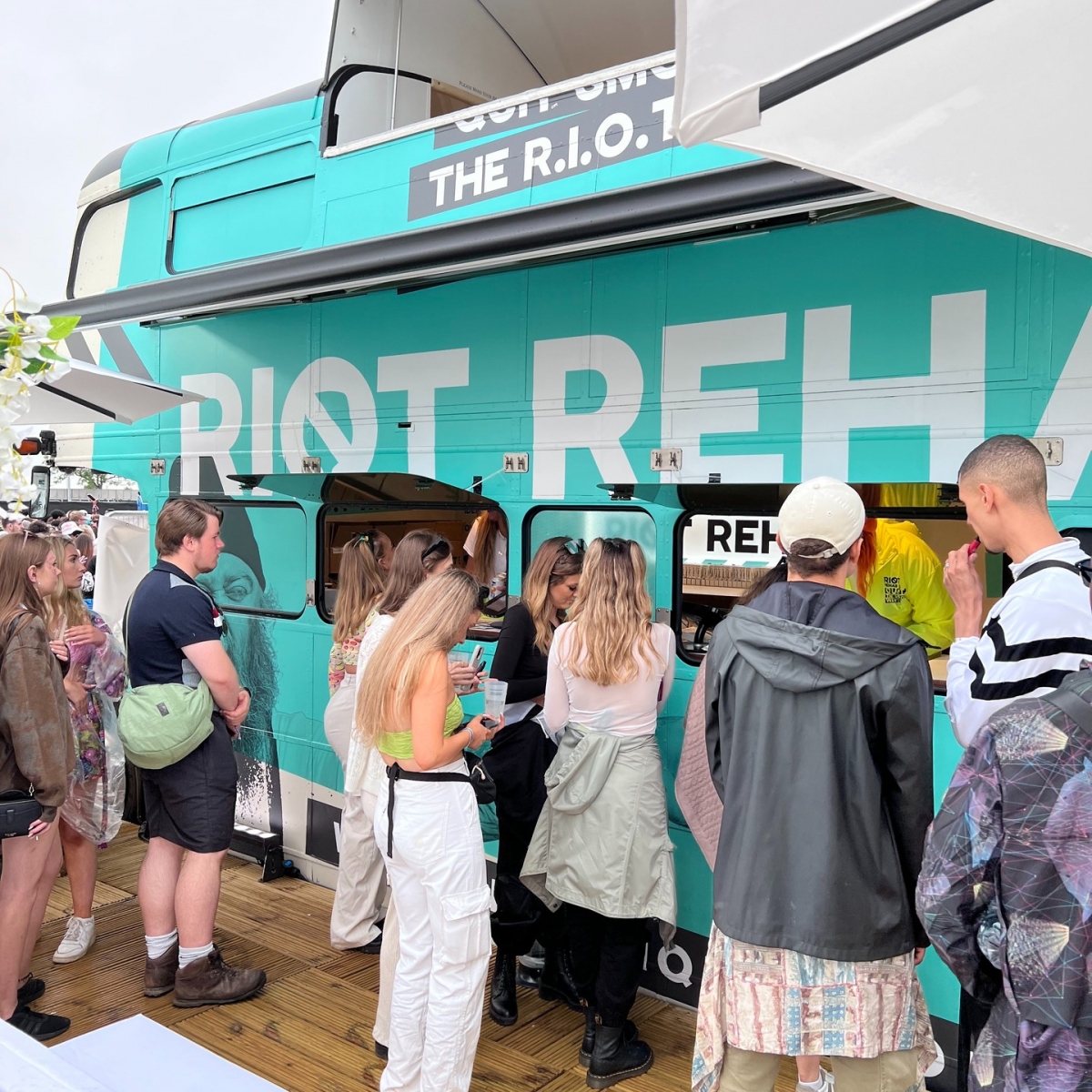 Unlike generic, and dull, quit-smoking campaigns, Riot Labs’ 4-step plan has been designed to tackle smokers' struggles to quit head on - in fun and engaging environments - like festivals. 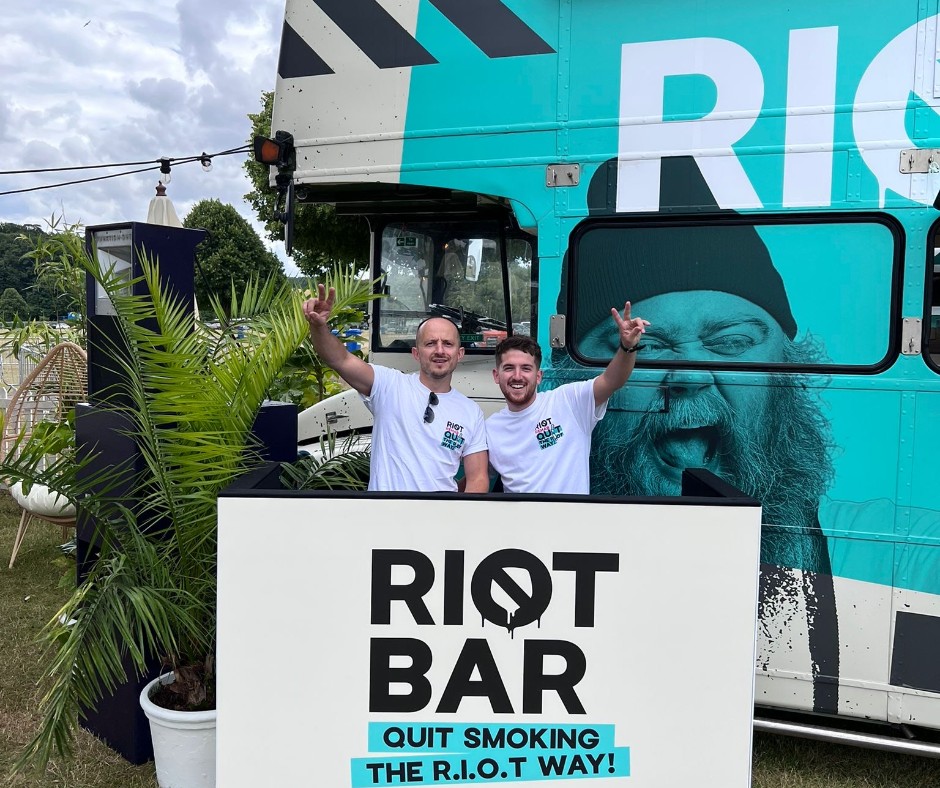 Ben Johnson, Founder and CEO of Riot Labs, said: "We got a huge reaction to the Riot Rehab Bus at the Cambridge Club festival.

“The days of dull quit smoking campaigns are over. We wanted to create the Riot Rehab Bus and send it into the heart of the action, at festivals, where smokers are surrounded by the sort of triggers that make you light up.

“The Government has just revealed plans to make the UK smoke free by 2030 and highlighted the vital role e-cigarettes can play in that. I’m proud that Riot Labs are spearheading unique approaches - like targeting festivals - to play our part in achieving that goal.

“Cambridge has established itself as a not-to-be-missed destination for festival-lovers during the summer and we’re delighted to not only be rolling out the Rehab Bus but sponsoring the main stage too.

Riot Labs then took its message and market leading environmentally friendly disposable vape to other fun seekers at Glastonbury and the Henley Royal Regatta.

Riot’s QBARs can be sent off to be completely dismantled and recycled at Riot Recycling Bins in specialist stores. 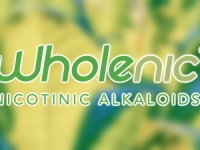 New Type of E-Liquid Being Launched