Anti-vaping campaign will only send NZ youth back to smoking. “By stirring up anti-vaping hysteria, New Zealand’s Asthma and Respiratory Foundation will only send more minors back to smoking and put the country’s decade long Smokefree 2025 ambition in jeopardy,” says Nancy Loucas, Executive Coordinator of the Coalition of Asia Pacific Tobacco Harm Reduction Advocates (CAPHRA).

Ms Loucas’ comments follow the Asthma and Respiratory Foundation (ARFNZ) launching a video series titled Spotlight on Vaping. It claims, “New Zealand is experiencing an epidemic of youth vaping”. Together with the Secondary Principals’ Association of NZ (SPANZ), it also claims over a quarter of students have vaped in the past week.

“What these sensationalised numbers don’t take into account is, if 26% of school students had in fact vaped in the past week, many would only be trying it, and secondly, almost all of them would’ve been smoking deadly cigarettes a generation ago,” says Ms Loucas.

CAPHRA says while smoking-related illnesses kill around 5,000 New Zealanders every year, vaping has not reportedly caused one death in the country. In fact, vaping been widely attributed for positively contributing to New Zealand’s plummeting smoking rate. The overall adult daily smoking rate has fallen from 18% in 2006/07 to 9.4% in 2020/21.

“What ARFNZ fails to mention is the 2021 ASH Year 10 Snapshot survey, that they selectively refer to, confirms that vaping is not hooking non-smokers. In that survey, just 3% of those who vape daily have never smoked. What’s more, while many may try it, very few ever become regular vapers, particularly non-smoking students,” she says.

Ms Loucas says while ARFNZ attract headlines by screaming ‘youth vaping epidemic’, University of Auckland researchers in 2020 came to a different conclusion: “Our findings do not support the notion of a so-called vaping epidemic in New Zealand or a large youth population dependent on vaping.”

“While no one wants youth vaping, we are not seeing an 'epidemic' as ARFNZ would have the public believe.

“ARFNZ should focus on the real problem: Smoking. That’s what is causing illness and killing Kiwis, not vaping. In fact, Public Health England remains resolute that vaping is 95% less harmful than smoking combustible cigarettes. ARFNZ has also completely lost its focus with its new nicotine obsession,” she says.

“ARFNZ seem to forget that Parliament and health officials went through an exhaustive process, examining all the evidence and having all the debates. The end conclusion was to regulate vaping, sanctioning it R18, banning all advertising, and limiting flavours in general retail. A huge effort has been unleashed since 2020 to make vaping less appealing and a lot harder for youth to access.

"The question then being, if all these youth are accessing vaping products, we need to find out where and why and deal to it at the point of sale, according to the law. Further, if parents are seeing their children using the products, then it is up to them to uphold their responsibilities as parents and not blame the products themselves.

“New Zealand has Smokefree 2025 in its sights, but a vocal minority, like ARFNZ, are doing their best to sabotage it with hysteria not backed up by evidence. If New Zealand wants to be the envy of the world, achieving an overall smoking rate of 5% or less, then let’s not attack the very thing that will enable such success,” says Nancy Loucas. 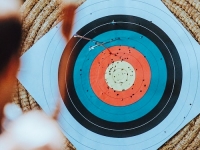 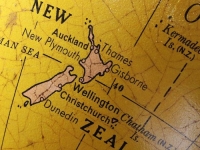