Professor Brad Rodu of the University of Louisville has received prestigious international award for a life’s work dedicated to reducing smoking-related harms at this year’s Global Forum for Nicotine (GFN22). The Michael Russell Award honours the memory of UK psychiatrist and research scientist Michael Russell, a pioneer in the study of tobacco dependence and smoking cessation

Professor Brad Rodu, who holds an endowed chair in tobacco harm reduction research at the University of Louisville, Kentucky, was presented with the award at the ninth annual Global Forum on Nicotine, held in Warsaw, Poland.

A member of the James Graham Brown Cancer Center, Professor Rodu was chosen for this honour in recognition of his substantial and innovative contribution to the science and understanding of safer nicotine products and tobacco harm reduction.

An eminent and respected researcher in the field, Professor Rodu was given his award at the event which saw hundreds of delegates gathered in the Polish capital alongside more than 50 international experts on tobacco and nicotine.

The prestigious award is presented each year at the Global Forum on Nicotine in memory of Professor Michael Russell, a psychiatrist and research scientist, who was a pioneer in the study of tobacco dependence and the development of treatments to help smokers quit. 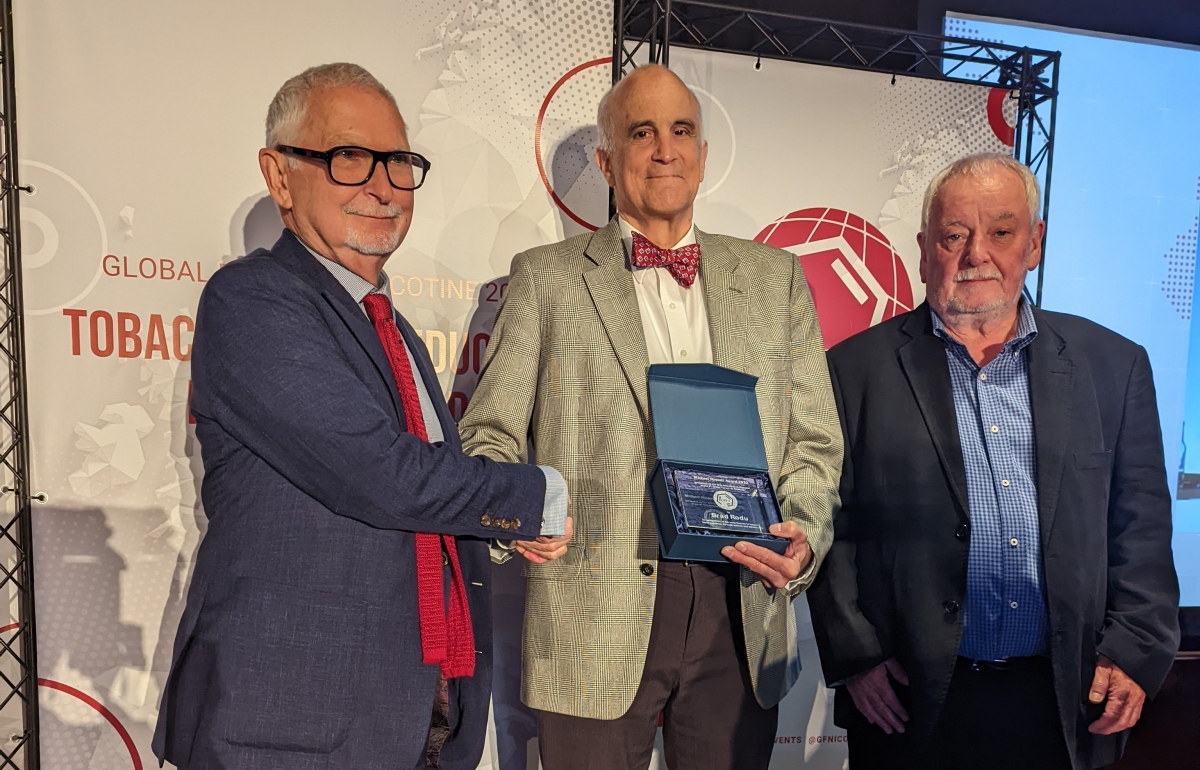 Professor Russell advocated the development and promotion of safer nicotine products to reduce the harm caused by burning tobacco and his work was based on the knowledge that while pure nicotine carries little health risk, it is the main reason why people smoke.

This understanding led him to write the widely quoted line “people smoke for nicotine, but they die from the tar”.

Professor Russell is universally acknowledged as the person who did most to lay the foundations for tobacco harm reduction, a potentially life-saving intervention that offers users of high-risk tobacco products, like cigarettes and some oral tobaccos, the choice to switch to a range of safer nicotine products that pose fewer risks to their health.

Professor Rodu has been involved in research and policy development regarding tobacco harm reduction since 1994 and has authored 70 medical publications about tobacco.

He has appeared in a broad range of medical and scientific journals, he wrote the book, For Smokers Only: How Smokeless Tobacco Can Save Your Life and he also runs a well-known blog called Tobacco Truth which frequently criticises poor quality science and ill-thought through policy.

Professor Rodu has served as an expert witness at a Congressional hearing on tobacco harm reduction and he has also spoken at numerous international forums, including one held at the Houses of Parliament in London.

Speaking about his award, Professor Rodu said: “Even as a complete novice in the field, when I published my first professional article 28 years ago, I found inspiration in and cited two seminal articles in the prestigious medical journal Lancet, first-authored by Professor Michael Russell. Given that as scientists, we strive to create work that will be cited approvingly by our peers, it is an inestimable honour to accept an award established in the name of a true pioneer and tobacco harm reduction visionary.”

Professor Gerry Stimson, Emeritus Professor at Imperial College London and co-founder of the Global Forum on Nicotine, who presented the award, said: “Brad’s ethical and thorough approach, together with his critical analysis of others’ work make him a very deserving recipient of the 2022 Michael Russell Award. His work on smokeless tobacco, its relative safety and his studies involving the use of new products to help smokers switch have advanced the knowledge and understanding of tobacco harm reduction in a significant way.

“In his early writing, he made the public health case for US smokeless tobacco as a means for adult smokers to continue consuming nicotine, outside of a medical context, using a product not manufactured by a pharmaceutical company.

“As Brad found out, and as many of us have since discovered in this field, this view did not play well with the wider health and tobacco control community. Despite these challenges, Brad has remained dedicated to his work, and he epitomises everything that is good in the field of tobacco harm reduction, an approach that can be summed up as: follow the evidence, popularise the evidence, and tenaciously criticise fake science and flawed policy.” 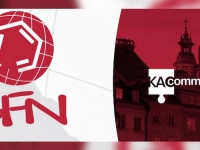 GFN: Quit Or Die No Longer An Option 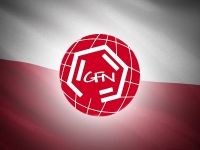 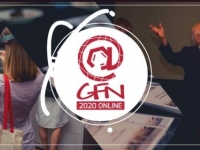