What Is Tobacco Harm Reduction?

“Tobacco harm reduction is a potentially life-saving intervention for millions of people across the world. To those who currently use high-risk tobacco products, like cigarettes and some oral tobaccos, it offers the chance to switch to a range of safer nicotine products (SNP) that pose fewer risks to their health. And, while it is a relatively new addition to the arsenal of global public health solutions, its effectiveness builds on decades of success with earlier harm reduction initiatives,” write the authors.

Everyone uses products or behaves in ways that pose risks to our health, they state.

“Governments do not try to stop people from driving, for example. What they do instead is enact laws about seat belt use and issue safety standards for manufacturers. These things reduce – but do not eliminate – the risk of injury or death.”

With 1.1 billion smokers around the world, a number that has largely remained the same since the turn of the millennium, the authors point out that nicotine replacement therapy either hasn’t worked for many or are inaccessible or unaffordable to smokers in low and middle-income countries – “Current tobacco control measures are failing to reduce the death and disease caused by smoking.”

The authors point out that opposition to tobacco harm reduction frequently ignores the fact that nicotine is on the World Health Organisation’s list of Essential Medicines.

“The impact of nicotine on the brain is to encourage regular consumption, but it is a relatively low- risk substance and does not cause any of the health problems caused by cigarette smoke. The word ‘addiction’ conjures up the worst images of chronic alcohol and other drug use. This is misleading. Addiction is generally defined as compulsive use plus harm to self or others. Take away the harm and what is left is a compulsion to use a mild stimulant, similar to the use of caffeine.”

Tobacco harm reduction through the use of electronic cigarettes has been supported by numerous public health bodies.

The International Agency for Research on Cancer said: “The use of e-cigarettes is expected to have a lower risk of disease and death than tobacco smoking.”

Fifteen past Presidents of The Society for Research on Nicotine and Tobacco published a joint statement saying that, “vaping can benefit public health, given substantial evidence supporting the potential of vaping to reduce smoking’s [death] toll.”

The Global State of Tobacco Harm Reduction offers up plenty of further examples. It also offers multiple examples of places where harm reduction has demonstrably worked, including Japan, Norway, Sweden, New Zealand, and the United Kingdom.

The authors conclude: “Tobacco harm reduction has a key role to play in the future of tobacco control by reducing global consumption of cigarettes and risky oral tobaccos. It offers new choices to millions of people who want to switch away from smoking and other risky tobacco products. For people who can’t or don’t want to quit nicotine, switching to safer nicotine products offers huge potential benefits.

“Governments should facilitate tobacco harm reduction. They should avoid or remove obstacles to the use of safer nicotine products by people who want to quit risky tobacco use. They should implement effective and appropriate regulation that protects consumers and avoids youth uptake. They should also encourage switching among adult smokers and avoid policies and laws that intentionally or unintentionally favour risky products.” 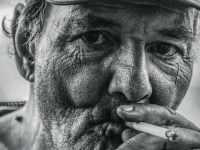 Tobacco harm reduction and the right to health 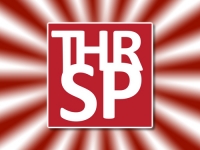