Trade body the Independent British Vape Trade Association (IBVTA) has echoed the Local Government Association’s (LGA) call for a reduction in VAT on e-cigarettes. They are demanding the government reduces tax from 20 to 5 per cent to bring it in line with sales on nicotine gum and patches.

The call coincided with National No Smoking Day, which took place last week. The LGA, which represents councils in England and Wales, said there is growing evidence that using e-cigarettes can help people quit smoking. A recent study suggested that people who use vaping products such as e-cigarettes are twice as likely to stop smoking as those who use nicotine patches.

Councils argue that making legal vaping products more affordable by treating them equally with other cessation methods will incentivise more people to quit smoking by making them cheaper to purchase.

The IBVTA welcomed the call, saying “our members are already providing a choice of vaping products to a number of local authority stop smoking services, NHS trusts and smoking cessation projects. These stakeholders call for quality, affordable products, supplied by businesses that are not affiliated with the tobacco industry.”

The cost of e-cigarettes and vaping products has reduced since they first came onto the market over ten years ago. The IBVTA has argued that a reduction in VAT would make these products even more affordable.

IBVTA Chief Executive, Gillian Golden said, “If the Government’s smokefree goals are to be achieved by 2030, it needs to put its weight behind the country’s most effective and cost-effective quit tool. It is a frustration for our members that they have to collect VAT at 20% from any of their customers. When those customers are councils, who often have no way of recovering VAT, it reduces their ability to serve their local communities best.”

Cllr David Fothergill, Chairman of the LGA’s Community Wellbeing Board said: “Council public health teams work hard to help reduce smoking rates in their areas, alongside local charities and community groups, and it is testament to their efforts that smoking rates continue to fall.

“Cutting the VAT on the sale of e-cigarettes would be an important way to continue to encourage more people to quit smoking and would bring e-cigarettes in line with other cessation methods such as patches and gum.

“There is increasing evidence that e-cigarettes, along with other dedicated support, act as an important gateway to help people to stop smoking, which reduces serious illness and death as well as other pressures on health and care services.

“Every pound invested by government in council-run services such as public health helps to relieve pressure on other services like the NHS, criminal justice and welfare. Councils can help the Government to achieve its ambition of eliminating smoking in England by 2030, through their tobacco control and other public health and support services, but need certainty over their long-term funding.” 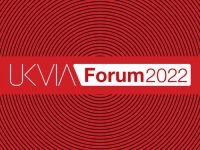 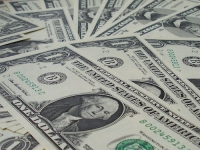 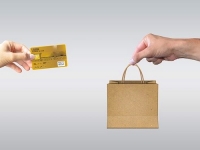