A survey among New Zealand’s young teenagers proves non-smoking youth are not taking up vaping according to the Coalition of Asia Pacific Tobacco Harm Reduction Advocates. Smoking among the country’s teens has fallen to its lowest levels in over 20 years, while very few non-smoking students take up vaping, the significant study of secondary school students shows.

“Vaping rates might be up, but these are overwhelmingly young people who were smoking in the first place,” says Nancy Loucas, Executive Coordinator of the Coalition of Asia Pacific Tobacco Harm Reduction Advocates (CAPHRA).

“Importantly, this survey confirms that vaping is not hooking non-smokers, as just three percent of those who vape daily have never smoked. What’s more, while many may try it, very few ever become regular vapers,” she says.

“We don’t want school students vaping. However, let’s not forget that this 2021 survey was conducted when the Government’s regulations were still relatively new. The full impacts of the marketing ban and strictly cementing the purchase age at 18 will be seen in future surveys,” adds Ms Loucas.

CAPHRA says New Zealand’s adoption of relatively progressive vaping legislation and regulation is enabling both young and old smokers to quit deadly cigarettes. In fact, the country’s goal of Smokefree 2025 – where 5% or less of the general population smoke – is looking increasingly likely to be achieved.

“The University of Otago continues to peddle that the Government’s approach is doing little to dampen vaping’s popularity among our youth. They totally ignore that New Zealand’s non-smoking youth are simply not taking up vaping and just over one percent of young teens now smoke daily. That is what a successful tobacco harm reduction public health strategy looks like,” she says.

Ms Loucas says the 67 countries which have adopted regulatory frameworks on vaping have all registered a dramatic decline in smoking prevalence. In the Asia-Pacific region, the Philippines is set to regulate vaping, with Malaysia and Thailand also closely looking into it.

“Otago academics can continue railing against vaping but they’re increasingly a minority, with the European Parliament the latest to formally recognise tobacco harm reduction as a public health policy and the benefits of vaping for smokers keen to quit,” she says.

Ms Loucas says Otago is not only pushing to ultimately ban vaping but is now calling for nicotine to be phased out of New Zealand society all together.

“Nicotine may be addictive, but it won’t kill you. These academics need to focus their efforts on combustible tobacco, after all it’s the smoke that’s the main source of cancer-causing toxic chemicals. No one can understand why Otago’s Department of Public Health obsesses over a practice that’s saving millions of smokers’ lives worldwide and is deemed by Public Health England as 95% less harmful than smoking,” says Nancy Loucas. 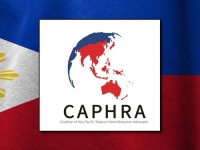 The World Is Watching 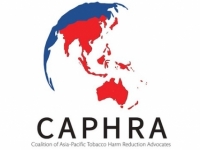