Darlington becomes the next location to experience a Trading Standards crackdown as officers target illegal sales to under-18s. The action follows a coordinated response to the growing problem of vape products (mainly disposables) illegally imported into the country, containing illegal amounts of nicotine, and sold without a care to who is making the purchase.

Darlington Borough Council’s trading standards team has been on the receiving end of multiple reports of dodgy shop owners selling vape products to children. Worried parents pressed the officers into taking action, but they weren’t alone as reports have also come in from responsible businesses and the police.

Products targeted in Darlington were disposable vape devices that are unable to be registered with The Medicines and Healthcare products Regulatory Agency because they contain nicotine over the 20mg/ml limit and have a tank capacity in excess of 2ml.

A measure of the reputational damage such dishonest activity causes can be gauged by the media’s fixation on the colour of the devices and the types of flavours they contain. Action on Smoking and Health has already suggested that flavours could be restricted in future vape legislation. The last thing harm reduction advocates need is an American-style campaign of hysteria.

Trading Standards manager Dawn Taylor said: “I would like to make it abundantly clear to traders who are prepared to sell these age-restricted products to children, that trading standards will not hesitate to take enforcement action against you.”

Darlington deputy councillor leader Jonathan Dulston added: “I support the positive action already being taken by trading standards and our partners to protect our young people and take traders, willing to break the law, to task. It is also important that the community supports us in this work and reports under-age sales to the trading standards team as soon as possible.”

Newport, Liverpool, Middlesbrough, and Glasgow have all seen targeted action, as reported by Planet of the Vapes, as English and Highlands Trading Standards officers have sought to curb the shady behaviour of unscrupulous businesses giving vaping a bad name.

It is worthwhile bearing in mind the positive statement given by Middlesbrough Mayor Andy Preston, who said: “Stamping out smoking is one of the best things we can do to improve public health, and legal vapes and e-cigarettes have played a major role in that fight in recent years. This is a fantastic operation by Trading Standards that sends out a clear message that retailers have a duty to protect their customers, and especially young people, from harmful products.”

Photo by Maggie Yap on Unsplash 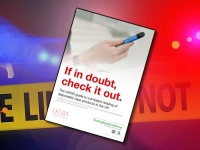 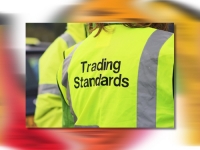