Geek Bar says it has appointed a consultant to is spearhead efforts to crack down on counterfeit and non-compliant disposable vape products, resulting in the seizure of thousands of pounds-worth of stock. Despite requests, the company is yet to announce how it plans to address the sustainability of the materials used in its products or details of a recycling initiative.

Billy Rahman, managing director at vape manufacturer iBreathe, has been appointed to act as a consultant for Geek Bar. He is leading the company’s efforts to stem the flow of illegal vape products into the United Kingdom.

Geek Bar says he has established a primary authority arrangement with his local council, Oldham in Greater Manchester, in which trading standards officers there will co-ordinate operations with their counterparts around the country.

Geek Bar says: “Billy is also working alongside compliance company Arcus Compliance, which represents some of the largest brands in the vaping industry, to ensure that all CLP (classification, labelling and packaging) requirements for Geek Bar products being sold around the UK are met.

“Geek Bar is the leading manufacturer of disposable vapes sold in the UK and its products have become an important option for smokers wanting to give up and for those already vaping who want to reduce their nicotine intake.”

Billy says: “I have operated in the vaping industry for 12 years and the issues facing Geek Bar with counterfeit and non-compliant products are the same as those my business faces. These products originate almost exclusively from China and at least 11 large-scale manufacturers have been closed down there in recent months.

“Working with Oldham as the primary authority, this partnership has already produced results, with the confiscation of numerous illegal products in North Lanarkshire. Meanwhile we have also identified several counterfeit re-sellers operating in Southall in west London, and in parts of Manchester.

“The popularity of Geek Bar’s products means that unfortunately, some people are willing to take illegal steps to get them to market. However, through this partnership we are working hard to ensure that counterfeit re-sellers are properly policed – and sending out the message that it is only a matter of time before these operators are identified, and that ultimately this kind of activity can lead to a prison sentence.”

Geek Bar has also announced that it has launched an information campaign aimed at retailers across the UK in a further attempt to stem the flow of counterfeit and non-compliant vaping products finding their way onto the market.

The company has produced a leaflet which will accompany all Geek Bar products heading to the UK from this month, affirming that it is taking a number of measures to combat the counterfeit and non-compliant vape market. The leaflet is also being sent to all local authority trading standards teams across the UK.

“Geek Bar takes its responsibility to its customers very seriously. It has come to our attention that there are counterfeit products on the market, claiming to be genuine Geek Bar vapes,” states the new campaign leaflet.

“We cannot vouch for the safety of counterfeit products and would urge customers to verify their Geek Bar vapes at our website http://www.geekbar.com/ where you can input the unique serial number and instantly identify whether it is a genuine product.

“We also want to remind our customers that all vaping products can only be purchased by over 18-year-olds for use by adults only.”

Previously, Planet of the Vapes has approached the trade body UKVIA and Geek Bar’s communications company regarding the sustainability of its materials and plans for recycling. Riot Labs announced its trail blazing carbon-negative plans yesterday, vapers concerned about the impact of disposables on the environment will be hoping this encourages Geek Bar to adopt similar measures. 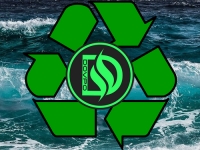 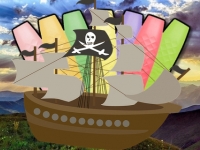 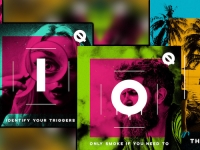 A Riot Of Recycling