Does Vaping Make It Floppy?

A number of “experts” are attempting to make out that vaping causes erectile dysfunction in the latest coordinated attack on ecigs and tobacco harm reduction. The truth of the matter is that this is not true, according to Professor Colin Mendelssohn and the American Council on Science and Health (ACSH).

What is erectile dysfunction? The NHS says: “This is when a man cannot get, or keep, an erection that allows him to take part in sexual intercourse or other types of sexual activity. Most men experience it at some time in their life, and the causes can be physical or psychological.”

The NHS says this is commonly caused by alcohol, smoking and illegal drug use, as well as some prescription medicines.

Last year, an American research team attempted to claim that vaping damaged endothelial cells based on selectively looking at other research studies. From this, they extrapolated that ecig use would cause floppiness where it wasn’t wanted.

Then, just before Christmas, Dr. Roengrudee Patanavanich told Thailand that vapers are 2.5 times more likely to suffer erectile dysfunction. He didn’t cite a source for this figure.

It became clear when a joint team from the NYU Grossman School of Medicine and Johns Hopkins University School of Medicine published a study in the American Journal of Preventive Medicine. They suggested that men between 20 and 65 years of age who vape daily are 2.4 times as likely as men who have never vaped to report erectile dysfunction.

Needless to say, the media loved this story.

Professor Colin Mendelssohn commented: “'Vaping causes ED' is a catchy headline, but it not accurate and was not demonstrated in this study. Prior smoking was almost certainly the cause.”

He continued: “Journalists should read the full study before making false and alarming statements. Ideally, they should speak to a specialist in the field to ensure they are not misinterpreting the findings. This misleading reporting can cause real harm. A smoker who is thinking of switching to vaping may not go ahead due to this unsubstantiated concern. This may result in serious harm from continued smoking which could have been avoided.”

The American Council on Science and Health agreed: “The media…all left out the most interesting and important details from the study. When we take those into consideration, the results look a lot less impressive than the headlines suggest.

“For example, many prescription drugs can cause or contribute to ED, but the study included no information about medication or drug use. Even something like alcohol, that highly addictive substance many of us consume without hesitation, has been linked to ED in previous studies. Pornography use, a favourite pastime of millions of American men, has also been posited as a cause of ED, particularly in younger age groups.

“Did these or other factors contribute to the frequency of ED reported in the present study? I don't know, and neither do the researchers. That's the problem.”

And then there’s the case of vaping apparently causing a painful erection lasting up to four hours! 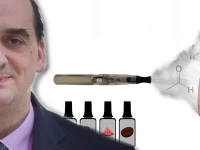 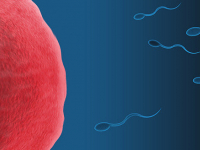 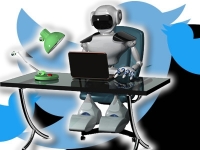