The World Vapers’ Alliance says consumer voices have been central to the European Parliament’s decision to support harm reduction. It welcomed the European Parliament voting to support reducing the harm caused by smoking, as part of Europe’s Beating Cancer plan, but remains concerned that vapers' hands will be tied when it comes to flavour choices.

The World Vapers’ Alliance says it has been representing thousands of vapers voices around Europe as it called for flavours to be part of Europe’s Beating Cancer plan during its Back Vaping Beat Smoking European tour.

Commenting on the result of the vote that was held at the Special Committee on Beating Cancer, Michael Landl, Director of the World Vapers’ Alliance said: “The Parliament acknowledged that vaping allows smokers to quit, and that is a significant step forward in our fight to save lives by reducing the harms caused by smoking. It’s a testament to the power of the voice of individual consumers coming together. However, risking vapers’ access to flavour choices means this positive step forward is overshadowed by uncertainty.”

The WVA says the wording in the adopted amendments to the Cancer Plan throws the ball in the Commission’s court for identifying vaping flavours which are “appealing to children” in order to ban them.

“Experts as well as consumers have been clear about the consequences of banning flavours and ignoring harm reduction on public health. Time and again it has been proven that flavours are what keeps adults away from switching back to cigarettes and we need our policymakers to listen and legislate for this,” Michael Landl added.

Looking to the future, the Commission is in the early stages of updating its Tobacco Products Directive, and it remains to be seen how the vote today will impact that legislation when it comes to vaping.

“It is crucial that experts and consumers keep raising their voices. Having harm reduction acknowledged by the European Union’s main elected body is a showcase of the progress we have been able to make. We hope this will be the case with the Commission’s future proposals as well. We will continue to advocate for our members, ensuring their voices are heard as this process moves ahead,” Michael Landl concluded. 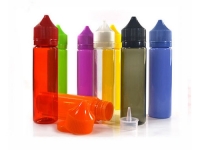