Vaping Is The Smokefree Key

Kiwi vape brands are increasingly key to achieving a smokefree New Zealand, not banning smoking, according to the country’s leading vape company. The business also believes the government should be praised for re-energising New Zealand’s commitment to Smokefree Aotearoa 2025.

“The plan makes tobacco less available and less appealing. It fails, however, to properly promote vaping which is proven to be 95% less harmful and is New Zealand’s most effective smoking cessation tool,” says Jonathan Devery – co-owner of the largest Kiwi-owned vape companies, Alt New Zealand and VAPO.

The latest New Zealand Health Survey, released last week, showed that the rate of Kiwis smoking daily has plummeted from 11.4% in the 2019-2000 survey to 9.4% now. The decade-old national smokefree goal will be achieved when less than 5% of all adults’ smoke daily.

Both ex-smokers, Mr Devery and fellow business partner Ben Pryor say the latest survey confirms that more and more Kiwi smokers are making the switch to vaping. Such success, however, is barely acknowledged, let alone promoted, in

“As well as crushing tobacco sales, this plan should’ve ramped up the support for publicly-funded ‘Vape to QuitStrong’ smoking cessation programmes. For many years these programmes have been backed by the Ministry of Health, DHBs, and Maori health organisations because they’ve worked incredibly well. Sadly, however, there’s no significant expansion for them in this action plan,” says Mr Devery.

He says without the right incentives and programmes in place, Maori and Pasifika will not be smokefree for several decades. What’s more, 5,000 Kiwis will continue to die every year from smoking-related illnesses if more do not switch to vaping - the safer and less expensive alternative.

“It’s good news the Government is getting tougher on Big Tobacco. This is long overdue because as it stands vaping is more heavily regulated. It’s crazy you can walk into a service station and access every cigarette brand under the sun, yet you cannot buy the most popular vape flavours. Despite this, vaping has well and truly taken over,” says Mr Devery.

Leading the charge against smoking and Big Tobacco, the two entrepreneurs’ independent New Zealand vape business has catapulted in recent years to become one of the largest suppliers – of all products supplied – to the country’s service stations.

“The latest service station industry data shows that tobacco sales – both in terms of volume and value – have been falling like a stone. It’s only because safer and locally made alternatives like ours have been rapidly on the rise.

“Many Kiwis prefer to buy local and from a company that doesn’t also sell combustible cigarettes. In fact, we’re seeing Big Tobacco effectively getting rolled by an independent Kiwi company which now has an 80% share of the vaping market in general retail. That’s good for New Zealand and great for Smokefree Aotearoa 2025,” he says.

Jonathan Devery says New Zealand is not only on a path to smokefree, but a future where there is no need for Big Tobacco companies to operate in the country. 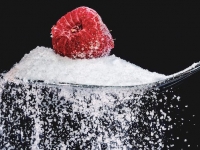 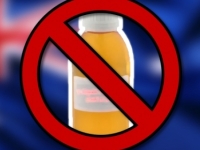 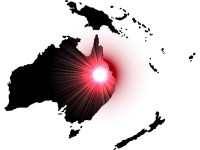