The United States Congress is proposing to place “a gargantuan tax” on vaping, but government funded research shows this would cause “significant harm”. The study was conducted by Professor Michael Pesko, a health economist and an Associate Professor in the Department of Economics at Georgia State University, using funding from the National Institutes of Health.

The tax proposal is a result of the need to source revenue to pay for President Biden’s Build Back Better plan, introducing a massive hike in prices for eliquid – resulting in a tax dramatically higher than that imposed on packets of cigarettes.

The American Vapor Manufacturers said: “Incredible. While Congress proposes a gargantuan tax on vaping, the government - not the industry - is funding research at the National Institutes of Health showing what a horrible idea that would be. One of those NIH-backed researchers is Georgia State University Professor. He just sent Congress a bombshell letter discussing his findings. Turns out taxing vaping would cause a ‘significant public health harm.’ Go figure!

“Professor Pesko uses basic economic principles (and common sense) to explain what will happen if the cost of e-cigarettes increases. Prohibitionists who oppose e-cigarettes can’t wish away the facts. Their hostility to vaping will undo the progress we’ve made in reducing smoking and smoking-related deaths. And for what? Congress should abandon their regressive, counterproductive vaping tax and embrace real, science-based policies that will actually help people quit smoking and save lives.”

Professor Pesko has written to members of Congress in a letter described by Americans For Tax Reform as “explosive”.

He tells the politicians: “I have a $1.4 million dollar grant from the National Institutes of Health to conduct e-cigarette policy evaluation research, including evaluation of e-cigarette taxes. I do not receive funding from the tobacco industry, or related groups.”

Pesko continues: “My NIH-funded research spanning ten peer-reviewed published papers evaluating e-cigarette policies, and complementary work from other researchers, shows that across an array of analytic approaches, e-cigarettes and other nicotine vaping products function as what economists call ‘substitutes’ for conventional cigarettes. In practical terms, if e-cigarettes and cigarettes are substitutes, then raising the price of one on average leads people to increase use of the other.

“Given extensive peer-reviewed evidence indicating that these products are substitutes, an unintended but inevitable effect of increasing taxes on e-cigarettes is to increase cigarette use. Given that cigarettes are believed to be substantially more harmful than e-cigarettes, this effect on cigarette use is concerning.”

Professor Pesko concluded: “Scientific evidence supports e-cigarettes providing immediate benefits as a harm reduction product. Overall, my scientific opinion is that raising taxes on e-cigarettes and smokeless tobacco products to levels equivalent to cigarettes will increase cigarette use across all populations and cause significant public health harm.” 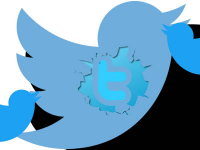