“The World Health Organization's failure to declare a global emergency in 2020 will be repeated in 2021 when the WHO will likely abandon international tobacco harm reduction efforts and condemn millions of smokers to an early death," says Nancy Loucas, a leading consumer advocate.

“The WHO got it totally wrong on Covid-19, and it’s no surprise they’ve also got it very wrong with safer nicotine products such as vaping," Loucas says.

The New York-born native and passionate tobacco harm reduction advocate is chief organiser of this week’s round-the-clock sCOPe broadcast focused on the WHO’s COP9 for the Framework Convention on Tobacco Control (FCTC).

“We can’t afford to let the WHO get it wrong – yet again – on tobacco harm reduction,” says Ms Loucas, who also heads the consumer advocacy alliance, CAPHRA (Coalition of Asia Pacific Tobacco Harm Reduction Advocates).

Ms Loucas is now permanently based in New Zealand, a country where support for vaping continues to grow. She sees only dark days ahead internationally if the WHO has its way and continues its hard-line against safer nicotine products.

“The WHO’s attitude to nicotine vaping is misguided, misinformed and utterly mistaken, and is potentially a death trap for millions of smokers struggling to quit,” she says.

sCOPe – the information antidote to the secretive WHO COP9 – is a five-day YouTube simulcast starting on Monday, 8 November.

“COP9 delegates should be open to everything that has the evidence showing reduced harm, and can reduce, and ultimately prevent, eight million annual smoking-related deaths worldwide. Yet they close their minds to vaping as the best emerging tobacco harm reduction solution,” says Ms Loucas.

She says the WHO continues to scaremonger, as a matter of policy, against proven and viable harm reduced alternatives, especially nicotine vaping, by cherry-picking or blatantly disregarding validated scientific evidence.

“We’re appalled that the WHO and COP9 delegates close their eyes and ears to a harm reduction option already proving itself by getting hard-core smokers to quit when established options have failed. It’s a triumph of ideology over science,” she says.

sCOPe presenters and panellists will challenge COP9 and scrutinise who’s influencing the WHO’s efforts to demonise safer alternatives, and why.

“As an ex-smoker, vaping has improved my health and arguably saved my life, yet the WHO and its sponsor American Michael Bloomberg have pressured countries like mine to ban it. Thankfully, Malaysia has pushed back, with our government now set to regulate vape liquids instead,” says Samsul Kamal Ariffin, President of MOVE (Malaysian Organization of Vape Entities), and sCOPe panellist.

“sCOPe is a much-needed counterpoint to those dangerous and deadly attitudes. The WHO and the tobacco control establishment’s obsessive determination to shut out, suppress and demonise those who challenge their world view motivates us to challenge them and their secretive COP9 deliberations,” says Nancy Loucas.

“For five days and nights our global broadcast will prove that WHO’s position against safer nicotine products is unplausible and untenable. It’s now time for COP9 delegates to stand up and speak out,” she says.

sCOPe will be simulcast on YouTube at https://bit.ly/3aWBPxi and on Facebook from 12.00pm Hong Kong Time / 4.00am GMT on Monday, 8 November until midnight (HKT) Friday, 12 November.

An hour-long sCOPe wrap-up and discussion will be broadcast from 6.00pm Hong Kong Time (10.00am GMT) on Wednesday, 17 November. 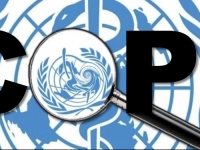 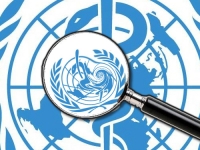 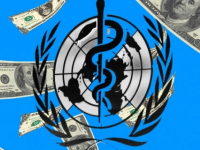