When it comes to trusting messages about vaping, who can we turn to for an honest comment? Jamie Hartmann-Boyce, that’s who. Jamie is a Senior Research Fellow, Departmental Lecturer and Director of the Evidence-Based Healthcare DPhil Programme, at the Centre for Evidence-Based Medicine, University of Oxford. She has recently spoken out about the misinformation surrounding tobacco harm reduction products.

“There are many reasons why misconceptions about the safety of e-cigarettes persist, but undoubtedly it didn’t help that the cause of Evali was confirmed just as COVID began dominating news cycles. And, until now, many discussions on e-cigarettes have focused on the risks to young non-smokers. This means the potential benefits of e-cigarettes to people who smoke – and those around them – are often ignored,” she said.

She points to a paper, Balancing Consideration of the Risks and Benefits of E-Cigarettes. It considered randomised control trials and population studies, looked at the actual risks to teens, and the unintended consequences for adult smokers if access to vapes is limited or banned.

The authors state: “While evidence suggests that vaping is currently increasing smoking cessation, the impact could be much larger if the public health community paid serious attention to vaping’s potential to help adult smokers, smokers received accurate information about the relative risks of vaping and smoking, and policies were designed with the potential effects on smokers in mind. That is not happening.”

Jamie adds: “Research shows nicotine e-cigarettes can help people quit smoking and may be more effective than nicotine-replacement therapy. In studies testing e-cigarettes as a way to quit smoking, there was no evidence that people using e-cigarettes were more likely to experience serious health issues. Also, e-cigarettes are thought to pose fewer risks to bystanders – while secondhand smoke from cigarettes kills around 1.2 million people a year.

“It’s also worth noting that e-cigarettes typically only contain nicotine, not tobacco, which is found in cigarettes. Although nicotine is an addictive substance, tobacco smoke contains carbon monoxide, tar and toxic chemicals – including benzene, arsenic and formaldehyde. These substances are known to cause cancer and other heart and lung diseases. The harm from cigarettes largely comes from burning tobacco – not from the nicotine. E-cigarettes deliver nicotine without burning anything.”

She acknowledges that there are genuine concerns over the impact of the components of vapour and that of long-term vaping, but believes this has to be balanced with the benefits accrued by switching away from smoking.

“What we do know is that smoking disproportionately harms people from disadvantaged groups, including those from lower-income groups and people with mental health conditions. Not only is smoking linked to many harmful diseases, it’s also killed more people than COVID – around 720,000 in the US since March 2020. The evidence we have so far shows that e-cigarettes can be an effective way to help people successfully quit smoking – and are likely to have far fewer health risks than cigarettes.

Photo by Markus Winkler on Unsplash 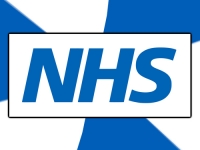