CASAA Call For Sense On Tax

The Consumer Advocates for Smoke-free Alternatives Association (CASAA) is taking action to stop an excessive federal tax on safer nicotine products and calling for American vapers to write to politicians. The move follows the House Ways & Means Committee announcing that it is considering a punitive tax system for vape products.

CASAA was formed in 2009 as an advocacy group to raise awareness and protect our right as consumers to access reduced harm alternatives. The organisation is a registered charity and keeps a distance from industry influence.

CASAA says: “The House Ways & Means Committee has revealed that it is considering a tax proposal on nicotine and tobacco as part of the funding bill for President Biden’s ‘Build Back Better’ plan. The provision is designed to equalize taxation across all tobacco and nicotine products.

“In other words, the tax on demonstrably less harmful products like vaping, snus, and smokeless tobacco would be the same as the tax on cigarettes – the most harmful tobacco product.

“In addition to taxing all nicotine and tobacco products as if they were a cigarette, the provision increases the Federal tax on cigarettes by 100%, and raises all other tobacco taxes up to this new level.”

CASAA says the new tax proposal would add $10.00 (over £7) to a 30mL bottle of 6mg e-liquid. The tax would be levied in addition to any state tax or local tax already applied to the bottle of juice.

“Under this proposal”, the charity says, “the tax on one JUUL pod would actually be higher than the tax on a pack of cigarettes!”

Calling for vapers to join in its campaign, it says: “The Ways & Means Committee is still hashing out the details of the larger tax proposal, so now is the time to start contacting your federal officials and urge them to reject this dangerous tax.”

CASAA have a template on its website that ecig users can adopt to make the process easier.

Part of the template states: “This outrageous tax on low-risk alternatives to smoking is unjustifiable and would negatively affect my access to smoke-free products. It does not make sense that Congress would want to make it more difficult for people who smoke to switch to demonstrably safer alternatives to cigarettes. Subjecting smoke-free vapor and nicotine products to a sin tax is punitive and grossly inappropriate.” 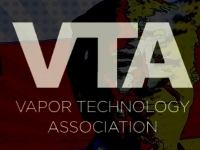 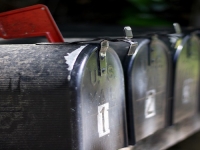 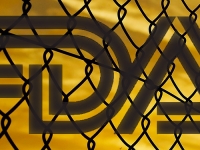