Trade body The UK Vaping Industry Association (UKVIA) has demanded action on e-cigarette packaging “aimed at children”. The call follows an article in The Guardian (1) which accuses some companies of “totally inappropriate marketing techniques”.

The Guardian wrote: “Health experts want e-cigarette makers to be banned from promoting them in ways that will appeal to children, including naming their products after sweets and using cartoon characters.”

John Dunne, Director General at the UKVIA (2), said: “We completely agree with regulation on vape branding and packaging – and indeed have been calling for it for some time – which protects against vape products getting into the hands of those under the legal age, as part of the industry’s efforts to prevent access to e-cigarettes amongst U18 year olds. However, regulations should not go as far as to introduce plain packaging as has been the case with tobacco products.

“Such a move would just put vaping in the same bracket as smoking at a time when we know that misperceptions of the relative harm between the two categories is discouraging adult smokers to quit using vaping. There is growing evidence amongst leading health bodies that vaping is the most effective method by some way in helping adult smokers quit their habits. Only earlier this year Public Health England highlighted that their misperceptions were increasingly out of line with evidence – that vaping is at least 95% less harmful than smoking – and indeed are seen as most common amongst smokers who do not vape.

“As an industry body we have been leading the call for regulation that addresses the issue of vape product packaging that overtly appeals to children. Earlier this year as part of our input into the consultation around the review of the Tobacco & Related Products Regulations (TRPR), the primary regulations which govern e-cigarette and vape products in the UK, we called for appropriate regulation of the branding and packaging of e-cigarette products to ensure that they do not inadvertently appeal to non-smokers or young people. This is an area where the TRPR is largely silent, and we believe further regulation is required.

“We have created a set of Packaging, Labelling and Flavour Name guidelines to set clear standards for e-liquid, flavour names and flavour descriptors on sale in the UK market. The document focuses on limiting references to youth culture, removing imagery and descriptors which may be misleading, linked to illegal or dangerous substances, or have unsubstantiated health claims.

“Our guidelines would also – if adopted and translated into regulation – explicitly ban cartoons and youth-appealing iconography, and proportionately restrict flavour names/descriptors that may disproportionately appeal to underage users. Ultimately, these guidelines seek to promote the responsible manufacture and sale of e-liquids, whilst not limiting brand creativity.

“Whilst vaping amongst young people continues to be low – Action on Smoking and Health research in June this year revealed that 88.2% of 11-18 year olds had never tried vaping or were unaware of e-cigarettes – we recognise that there cannot be any complacency where children are concerned.” 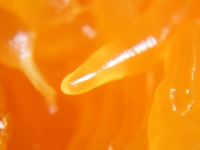 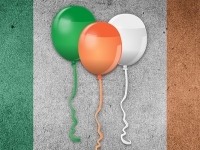 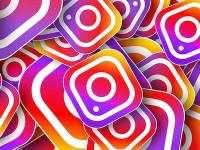