The New Nicotine Alliance (NNA) has called the publication of the article in the American Journal of Public Health (AJPH) titled Balancing Consideration of the Risks and Benefits of E-Cigarettes a “welcome contribution to global understanding of vaping”. This is the article (1) written by 15 past Presidents of the Society for Research on Nicotine and Tobacco (SRNT).

The NNA calls the SRNT “a globally respected organisation dedicated to evidence-based research on tobacco and nicotine use.”

Lead Author Professor David Balfour is from the UK, as is signatory Professor Robert West, renowned for his excellent tobacco harm reduction research at University College London.  The other signatories are from the USA, “where debate over vaping has been fractious at best, and wildly inaccurate at worst.”

The NNA says: “We expect it is frustration which has prompted such prominent experts to produce a document which criticises the prevailing focus of debate amongst the public health community, and which makes the bold statement that ‘this article’s authors believe that vaping can benefit public health, given substantial evidence supporting the potential of vaping to reduce smoking’s toll’.

“This should not be controversial, but it speaks to the level of misinformation and ideology that has been at play that it should need to be said at all.

“The article explains how the handwringing about youth use of e-cigarettes is harming public health by reducing options for adult smokers who would otherwise choose to quit with safer alternatives.

“While accepting that youth vaping is a concern, the authors describe why this aspect has been overblown and how it is damaging to the public’s overall health in the long run. They also, quite rightly, emphasise the opportunities that are being lost while harm reduction deniers are allowed to run riot.

“In the UK we are blessed with an establishment understanding of how reduced risk nicotine alternatives can help those who choose to quit smoking. But there is a great deal of hysteria and ideological objection in the rest of the world which is unnecessary and contrary to the evidence which continues to mount up in favour of harm reduction as a successful policy option.”

The NNA continues: “Bans on use and supply, restrictions on where people can vape (or use snus or nicotine pouches), and even imprisonment for possession of vaping products are a reality for many consumers of reduced risk products in a lot of countries. The demonisation of people who have quit using safer alternatives is objectionable and wrong, but it happens anyway.

“So, we welcome wholeheartedly this intervention by the 15 former Presidents of SRNT. Their credentials are beyond reproach and their message should be listened to. We hope that this will lead to a greater global understanding of the benefits that e-cigarettes and other safer nicotine products can foster.

“The UK has led the way in realising the benefits of allowing tobacco harm reduction to do its work. If the US were to join us in a special relationship agreeing the same principles, it would send a powerful message to the rest of the world to follow suit.

“We hope that the AJPH article is well-received and that the ensuing debate can then become one of how we extend the benefits of reduced risk products worldwide, rather than how it is best to ignore and restrict their potential on spurious grounds.” 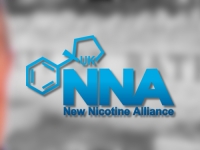 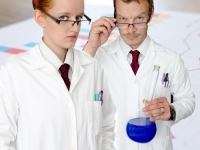