Spanish trade body The Union of Vaping Promoters and Entrepreneurs (UPEV) is suing the Ministry of Health and Consumption over vape misinformation contained in the public education campaign "Tobacco kills and kills you in all its forms". They accuse the department of misleading consumers by falsely equating vaping and smoking.

As well as initiating the court action, UPEV is demanding the campaign "El Tabaco Ata y Te Mata en todos sus Formas" is withdrawn immediately and a clarification of the facts issued.

The Ministry’s campaign has been running since 2019, appearing on television, radio, and the internet. It “identifies vaping and smoking in a manifestly misleading way, equating both activities and attributing the same harmful effects to them,” according to UPEV.

The trade body “rejects this position outright because it is false and lacks the minimum required rigor.”

UPEV and its members say they strive to educate people about the harmful effects of smoking and the benefits of switching daily and is disgusted that the Government is perpetuating myths and untruths. It points to the reports produced by Public Health England as an example of truth telling.

Arturo Ribes, President of UPEV, stated: “From the association we have demanded on numerous occasions the withdrawal or modification of the campaign of the Ministry of Health, but the requests of the sector have not been listened to. For this reason, we are now resorting to legal means to defend truthful public information and to safeguard the interests of a sector that has always maintained a firm commitment to scientific endorsement.

“This campaign has led to the loss of numerous jobs and an annual reduction of 70% in the sales of basic kits, which are the products that smokers who decide for the first time to try to quit for the first time usually buy. smoking with this tobacco harm reduction tool.”

UPEV has contracted the Thomás de Carranza Abogados law firm to represent it in court. Thomás de Carranza said: “The Institutional Campaign promoted by the Ministries of Health and Consumer Affairs manifestly violates the principle of veracity in the information disseminated with public funds and harms the rights and freedoms of companies in the sector, causing them serious damages.

“Public authorities cannot use the tools at their disposal to develop deceptive institutional campaigns based on erroneous criteria. There are numerous scientific studies that endorse vaping as an effective method to stop smoking and that prove that the identification between the activity of smoking tobacco and vaping carried out by the Ministries of Health and Consumption in the Institutional Campaign lacks the minimum rigor required by a reasonably diligent Administration.

“The Administration has acted in this case in a manifestly irresponsible manner and the serious damage that this campaign is causing is being suffered by companies in the sector (mostly small and medium-sized companies)”. 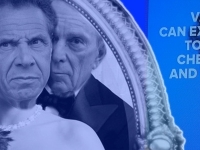 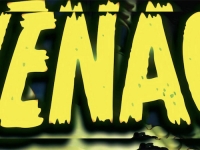 Marvel At The FDA's Idiocy 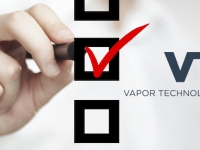