The Independent European Vape Alliance (IEVA) has today launched an informational website for adult smokers and policy makers who want to learn more about vaping. The new site, Vapingfacts.eu, is intended to provide basic factual information about vaping products, how they work, and the potential benefits smokers can derive from switching from cigarettes to vaping.

Dustin Dahlmann, President of IEVA, said: “The more smokers understand about vaping, the more likely they are to switch to this less harmful alternative to cigarettes. That’s why we’re pleased to launch vapingfacts.eu, a resource designed for adult smokers and policy makers who want to understand the fundamentals of vaping.

“With so much misinformation out there about vaping, and so many incorrectly believing it to be just as bad as smoking, we hope to clear the air by laying out basic facts in an accessible way”.

IEVA believes the site is needed and that this is born out in the latest Eurobarometer study, carried out by the European Commission. It highlighted that despite data showing vaping as an effective quitting method, the vast majority of Europeans with little or no experience of the products believe that it does not help smokers quit (1).

Eurobarometer 2020 found that the percentage of vapers completely switching from smoking to vaping increased by a massive 121%. The most recent Cochrane review, a meta-analysis of over 50 studies, concluded that vaping was 70% more effective than nicotine replacement therapy (NRT), Public Health England’s evidence update 2021 also found that vaping was more effective than NRT.

Initially the site is available in English, however IEVA will launch the site in a number of other European languages over the coming days.

On public health benefits, the site says: “Vaping can potentially play a role in tobacco harm reduction and the fight against cancer and other tobacco-related diseases.

To see how that could happen, we can look at the example set by the United Kingdom and New Zealand. These countries are considered global leaders in tobacco control and have some of the lowest smoking rates in the world. Both countries took a cautious approach to vaping when it was first introduced, but where are they now?”

IEVA’s site points out that “extensive research on vaping products” has been conducted here.

Image by Pexels from Pixabay 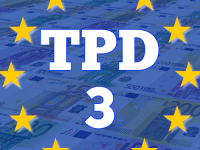 The Revision of the EU TPD