Germany has approved a tax grab on vaping and the figures involved are eye watering. The move signals how the members of the European Union plan on changing their collective approach to vaping and tobacco harm reduction. The European Tobacco Harm Reduction Advocates (ETHRA) has made a formal submission to the European Union’s Public Consultation on Tobacco Taxation, pointing out that it needs to ensure that taxation doesn’t conflict with its health objectives.

German smokers and ex-smokers who switched to vaping now face an expensive future. The German Bundestag passed measures to levy an increase of 10 cents on a packet of cigarettes in 2021. A further 10 cents will be taxed in 2022, while an additional 15 cents will be added in 2025 and 2026.

This measure was accompanied by an increase on the price of harm reduction too in a vote that was supported by the majority of the sitting coalition.

The cost of 1 litre of nicotine-free Liquidbase, currently around €9, will rise to €200 in July next year – but it doesn’t end there. Up to 2026, the cost will continue to escalate in stages until it reaches an incredible €390.

Shortfills, a market that came into being thanks to a loophole in the Tobacco Products Directive, will also come under attack. Rising from an affordable €14 per bottle, the plan is to more than double the cost to €33.

“The trade (online and offline) will definitely die with this because the dealer has to pay the tax in advance. For each base bottle of one litre, he would have to pay 160 euros to the tax office as soon as he puts it on his shelf. And then hope for the one crazy person who buys the bottle from him for €200,” commented Daniel Hagemeister-Biernath from Interessengemeinschaft ExRauche (1).

The ETHRA has been calling for consumers and businesses to contribute to the Tobacco Taxation Directive consultation (2) for months, which came to a close this week.

The organisation made a formal submission to the process, highlighting that the review of the EU tobacco excise regime explicitly mentions health objectives: “The high number of smokers in the EU is still a matter of significant concern with 26% of the overall EU adult population, and 29% of young Europeans aged 15-24, smoking. The launch of the Europe's Beating Cancer Plan highlights the pivotal role of taxation in reducing tobacco consumption, in deterring young people from smoking.”

ETHRA reminded the authorities that non-combustibles are much safer, vaping products are economic substitutes for cigarettes, and that there is no evidence to support a gateway hypothesis for young people.

The organisation concluded: “The excise tax regime should be risk-proportionate and make its most important distinction between combustion and non-combustion products. The system should incentivise switching from high-risk to low-risk products for health reasons and as an ethical response to the regressivity of tobacco taxation. It should not prevent member states implementing a public health strategy based on tobacco harm reduction by having zero minimum thresholds for non-combustion products. It should encourage tobacco harm reduction and non-discrimination by setting maximum thresholds equivalent to half [or other fractions] the lowest level of taxation on any combustible product.”

IMAGE BY STEVE BUISSINNE FROM PIXABAY 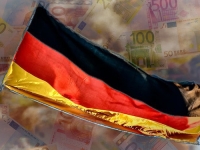