“World Vape Day is a celebration of personal stories of smokers who have found an incredibly effective way out of smoking, thanks to the advent of innovative smoke-free products,” says Nancy Loucas, co-director of AVCA (1).

She notes that despite the global success of vaping, and it being key to reducing New Zealand’s overall smoking rate to record low levels, the World Health Organisation continues to ignore numerous independent studies published in peer-reviewed scientific journals supporting vaping as a much safer alternative to deadly cigarettes.

What’s more, she says, an increasingly negative media narrative in New Zealand about a supposed ‘vaping epidemic’ among the youth is not supported by evidence. Recent regulations have also lessened vaping’s marketing appeal and made youth access much tougher.

“After examining a survey of over 27,000 secondary school students, University of Auckland researchers last year confirmed there was no youth vaping epidemic in New Zealand. They found that only 0.8% of 14 and 15-year-olds, who had never smoked, were regular vapers. It’s important we stay focused on the evidence, not the emotion,” she says.

This year’s World Vape Day highlighted smoke-free products as ‘the better choice’ to combustible cigarettes which are linked to more than eight million premature deaths each year among 1.1 billion smokers globally.

AVCA notes that Public Health England, in its 2018 independent evidence review, concluded that ‘e-cigarettes are around 95-percent safer than combustible cigarettes.’

“Thankfully more than 50 million smokers around the world have already switched to vaping, which means they have significantly reduced their exposure to toxins and carcinogens found in tobacco smoke.

“With up to 200,000 ex-smokers now vaping in New Zealand, World Vape Day continues to grow here every year. Vaping is key to achieving smokefree and saving lives, so there is a lot to celebrate,” says Ms Loucas.

World Vape Day was celebrated a day before World No Tobacco Day on May 31.

She says that while World Vape Day was widely celebrated, for several Asia-Pacific countries, like Thailand, vapers continue to face imprisonment and fines. However, news out of the Philippines in recent days is positive.

Legislation supporting vaping has passed in the Philippines’ House of Representatives. The proposed ‘Non-Combustible Nicotine Delivery Systems Regulation Act’ now goes to the Senate where it’s expected to pass. Ms Loucas says this is a massive achievement for tobacco harm reduction advocates in the Philippines.

While vaping was legislated in New Zealand last year, and more Ministry of Health regulations will be finalised by Cabinet next month, AVCA believes vaping needs to be elevated as a key component in the Government’s smokefree action plan. Otherwise, Smokefree Aotearoa will never be achieved. 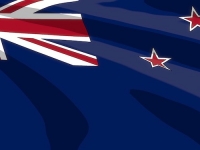 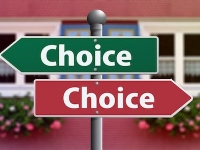