Described as a “bold new proposal”, the New Zealand government has decided that drastically reducing the nicotine contained in cigarettes is the best way to help it achieve its 2025 smokefree target. Although still at the discussion stage, the move has managed to gain support with some experts in smoking cessation.

Professor Chris Bullen told the AM show (1): “[Reducing the nicotine content of cigarettes] does work. There’s plenty of research from overseas and here in New Zealand to show that it does help - even people who don’t want to quit.

“It’s like the Coke Zero instead of the Coke. It can take a matter of weeks for people to cut down, and then they lose interest. It’s a process.”

Leaked proposals stated that the aim was to reduce the nic content of cigarettes from 16mg of nicotine per gram of tobacco to 0.4mg. Although Bullen said he was unaware of the exact wording of the proposal, he admitted that if it did propose this reduction of nicotine in cigarettes he would be “absolutely delighted.”

He said that this was an important “game changer” as part of a suite of approaches to achieve SmokeFree 2025.

“Other countries have looked at it, but they haven’t taken this bold step,” he added. “In New Zealand we can get away with it whereas other countries might find it more difficult. We’ve got a thousand miles of water between us and the nearest country, it is a little harder to get cigarettes across the border.”

The problem that remains is that the cigarette will still contain all of the harm, they just won’t be as addictive.

Bullen said vaping is dramatically effective for people who have tried and failed with other cessation approaches. This, he believes, could be used in conjunction with differential pricing – making the low nic cigarettes much cheaper than traditional cigarettes.

The professor said that fears about smokers compensating by puffin harder and more frequently was a real issue, but even then, “they just can’t get enough out of it to make it worthwhile, so they soon give up and realise it’s a lost cause.”

ACT Social Development and Children spokesperson Karen Chhour said: “We knew this Government was dim but trying to wean smokers off nicotine by making them smoke more tar takes the cake. And we know Labour won’t cut taxes, so they’ll be increasing the tax on nicotine by a factor of 20, hitting poorer New Zealanders hardest. As a former smoker I have to say I’m sick and tired of this Government trying to socially engineer us into changing our behaviour.”

Bullen took time at the end of the interview to praise work being conducted by Marewa Glover and addressed some myths about vaping. Previously, he worked on a study to prove vaping’s efficacy as a quit tool (2).

The Kiwi vaping industry and advocacy groups are yet to comment. 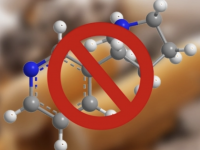