Grubby money from Michael Bloomberg’s assorted non-governmental organisations has been flooding into countries around the world. The cash came with strings and bit by bit the truth is starting to leak out; from the appointment of officials to the drafting of legislation, Bloomberg can be held directly responsible for poor working men and women being denied access to a Covid-19 vaccine.

Last month, The Philippine E-Cigarette Industry Association (PECIA), an organisation representing 200 members, submitted its proposals for fair, evidence-based regulations. The direction of travel for regulation had been influenced by Bloomberg funded lobbyists and, PECIA said, would inevitably lead to an increase in the price of vape products.

It would encourage, “a spike in combustible cigarette consumption, not to mention, the emboldening of black-market traders of vapour products brought in and sold via illicit channels”, the Association added(1).

“Ultimately, higher prices can and will discourage adult Filipino smokers from making the switch to vapor products, in obvious conflict with the government’s campaign towards tobacco control and the cessation of cigarette smoking.”

Then, to emphasise precisely why the Philippine Food and Drug Administration (FDA) should tread carefully, PECIA joined with The Nicotine Consumers Union of the Philippines Inc. and Vaper AKO to warn them(2) that organisations linked to Bloomberg Philanthropies had already been banned in India for using cash to influence national regulation.

“The Union and Bloomberg Initiatives are promoting a prohibitive approach on tobacco control policies. The acceptance of the grants from these organisations raised questions on foreign interference with local policies and possible conflict of interest on the part of the FDA as they were tasked to craft regulations for e-cigarettes and HTPs.”

Last year, the FDA was cast under a cloud when it emerged it had already received “questionable” Bloomberg money. None of this made any difference as the Administration decided to plough on with its proposals despite the public consultation remaining unfinished(3). Representitive Estrellita Suansing called the move “premature” and “deplorable”.

Then, last week, the FDA finally admitted that not only had it received money but it had actively sought it out(4). Suansing demanded answers: “How come that you ask donations and grants [from] an international resource that are against tobacco? It’s a conflict. Why not from other international sources? Why from The Union?”

Representitive Garbin added: “As a proud citizen…I am deeply insulted by The Union. Their statements are reminiscent of a colonial master. What The Union is essentially telling The Philippines is that it's impossible for you to regulate [these products] I doubt you can do it because you’re just a developing country, so let us decide for you.”

Deputy Speaker Rodante Marcoleta continued the assault: "The financial assistance [from Bloomberg] could prove a trojan horse for us...we can't vet the inner motives of the philanthropy. It can come in the guise of a philanthropic motivation, but it can also come in the form of rent-seeking.”

Now it’s becoming obvious what that rent is.

Bloomberg Initiatives paid the government to formulate legislation banning tobacco company employees from receiving vaccines(5). This means workers are now barred from being given a Covid-19 vaccine.

Foreign Affair Secretary Teodoro Locsin commented: “It is one thing to discourage smoking…and quite another to destroy the livelihood and the lives of people who depend on the tobacco, milk, sugar and soda companies which pay more taxes than the directors of PhilHealth have stolen.”

Now the crooked politicians in cahoots with Bloomberg are trying to prevent the companies themselves from helping their employees. Locsin added: “And yet the village idiot is preparing an administrative order prohibiting these companies from procuring and donating vaccines to their employees and the government.”

There seems to be no level to which Bloomberg’s minions won’t stoop. It’s no wonder they don’t care about tobacco harm reduction – they clearly place no value on anybody’s lives if they don’t kowtow to their billionaire boss.

“What is wrong with these people in the Department of Health and [the National Task Force] that they will not allow private wealth to be used for public welfare,” Senate President Recto said. 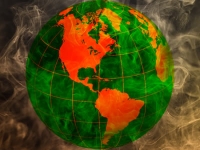 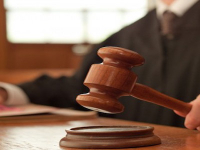