Action on Smoking and Health (ASH) has released its update on teen ecig use in Great Britain. It stands as a glowing testimony to the way Britain has had the foresight to embrace vaping and tobacco harm reduction because, after over a decade of products on the market, there is still not any evidence of either an epidemic of teen use or anything suggesting that there is a gateway from vaping into smoking tobacco.

The ASH report used the ASH smokefree GB survey of 11–18-year-olds 2013-2020 and other sources to examine evolving youth use of e-cigarettes in Britain to monitor use among adults and children.

It is generally accepted that the British vape market began to take off in 2010. Now, in its eleventh year, ASH has still to find any evidence of an epidemic of teen vaping despite fears constantly being expressed through Bloomberg media and his funded mouthpieces.

During the first five years as the market was growing exponentially, there were no age restrictions or bars on advertising until 2015. Throughout this period independent operators self-regulated to an exceptionally high level – which prepared them to adopt the policies and bars laid down by the UK government.

Any notion of a gateway effect lies dead in the water as ASH says: “The overall trend in tobacco use over time in both adults and children has been downwards from 2010 onwards when e-cigarette use became widespread among adult smokers and ex-smokers.”

Though some make the false claim that vendors and Big Tobacco market products to teens through social media, sponsorship, packaging design and flavours, ASH continues: “Awareness of e-cigarettes is high, but regular use remains very low.”

Also, standing in stark contrast to a current American anti-vape campaign where teens claim they are terribly addicted to ecigs, ASH finds that 0.0% current and never smokers say they are addicted, with just 0.8% of ex-smokers saying they’re addicted to vaping.

All in all, stunningly good news for advocates, vapers, and the industry - Not so great for Professor Martin McKee as he ate his cornflakes this morning.

Image by David Schwarzenberg from Pixabay 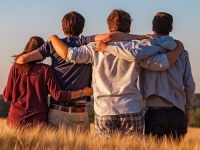 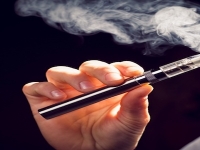