Then They Came For Chocolate

In their never-ending quest to find the next most dangerous flavour in eliquid, researchers with an anti-vape agenda have now declared that chocolate is “particularly harmful”. The paper has been conveniently published at the same time Matthew Myers, president of the Campaign for Tobacco-Free Kids, demands Connecticut bans all flavours of e-liquid.

First they came for the menthol. And I did not speak out. Because I did not vape menthol

“Two weeks ago, a bipartisan coalition of 23 state attorneys general called on the Food and Drug Administration (FDA) to ban menthol cigarettes. We asserted that such a move would benefit public health overall, decrease youth smoking, and help mitigate the harm these products bring to minority populations. But even if the FDA decides to ban menthol cigarettes, it will likely take years before regulations are finalized and implemented,” writes Myers and Connecticut attorney general William Tong1.

“We can’t wait any longer to protect the health of Connecticut residents, especially our kids. Connecticut can be a leader by ending the sale of all flavored tobacco products — including menthol cigarettes, and flavored e-cigarettes, cigars and chewing tobacco.”

Myers and Tong’s call comes as the America Journal of Physiology-Lung Cellular and Molecular Physiology published “E-cigarettes and health risks2”, a study that was then picked up by the Journal of Applied Physiology and chosen as one of its select articles for February3, “this month’s ‘best of the best’.”

“All 10 flavors tested caused some level of toxicity in the cells lining the lungs,” the Australian and American authors write, repeating the methodological shortcomings from previous work looking at three types of apply eliquids where flavour extract was applied to cell cultures in petri dishes.

“Some contained as many as 15 chemicals,” they add as if the simple mention of the word “chemicals” ought to send shudders through the spine of the reader.

Lead author Miranda Ween, Royal Adelaide Hospital in Australia, commented: “We believe that this study provides evidence that the potential harm from using flavours does not come from the name on the bottle, but rather the flavouring chemical composition, the flavouring chemicals present and their concentration. This suggests that any limits on permitted flavours should be based on this sort of data specifically to ensure that allowed products truly represent the lowest level of harm possible.”

This is one more study that fails to appreciate relative harm and purposefully conflates the findings to support an ideological outcome. While the paper will have little traction in the UK, it will be used by the likes of Myers in the States to support the ongoing attack on vaping and by other bad actors within the World Health Organization.

Image by Alexander Stein from Pixabay 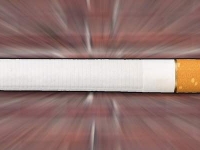 The Sad Truth About Bans 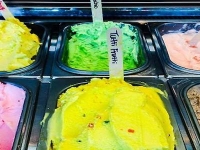