Researchers clamped rats in tubes, force them to breath ridiculous levels of vapour, then kill them because “emerging research is beginning to challenge the ‘relatively safe’ perception of e-cigarettes”. It’s just another day in the life of American scientists who are willing to shred all sense of integrity in the pursuit of publication fame and the funding dollar.

Rats were placed into tubes akin to the ones we revealed in our article last year [link]. The seven-week-old, male Charles River Sprague Dawley rats were fed on “commercially certified rat chow” before breathing nothing but vapour for 3.3 second bursts, twice per minute, coming from a 0.15ohm KangerTech nickel head at unknown wattage. This continued for three solid hours, day after day.

Charles Ansong, co-author, said: “There have been a number of studies on this, and they generally have gross measures that say, 'OK, there's some oxidative stress going on here, but we don't really know what's going on. But this technique identifies which proteins are being modified, which sites are modified, and it suggests how likely they are to impact protein function and molecular pathways. It gives us a lot of insight into the mechanism behind the injurious effects of e-cigarettes."

The selection of the word “injurious” is odd given the his colleague’s comment. Bioanalytical chemist and co-author Wei-Jun Qian says he believes the results clearly show that vaping impacts cell function in the lungs, although he is unable to quantify the level of damage or put it in context with the alternative of smoking. If you are going to say something is “injurious”, you have to be able to define it – something neither of them can do.

Another co-author, Matthew McGraw, a physician scientist in Paediatric Pulmonary Medicine at the University of Rochester Medical Center, added: “I don't think many people think about how thick or viscous these liquids are. Vegetable glycerin is used in cooking oil. To heat that cooking oil and inhale it into your lungs, when you think about it, even just visually, that's quite a thing to do.”

Indeed it is. Except VG isn’t cooking oil, it’s not even an oil. For McGraw to make such an analogy displays either a striking level of ignorance of the chemical structure of vegetable glycerin or a clear willingness to engage in obfuscation and misdirection.

The best they could offer was a theory that vaping may damage lungs. They observed no difference in lung structure, they could find no difference in white blood cell counts, and the only time they managed to force an observable change was by making the rats inhale pure propylene glycol and vegetable glycerin – not something you find vapers doing.

It’s a similar tale to all of the previous rodent/murine studies: animals were stressed far beyond their capacity to deal with the conditions and wholly removed from actual vaping scenarios. The scientists (if we can use that term) have no idea if their observations are the result of the extreme form of testing or a biochemical response to the extreme levels of stress they induced in the subjects. They play fast and loose with analogies in a wholly unscientific manner and, ultimately, fail to identify actual observable damage.

This will become the “emerging research” cited by future studies. Maybe it’s time they began including the words “deeply” and “flawed” too?

Photo by vaun0815 on Unsplash 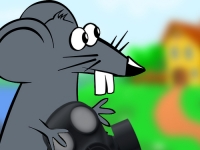