Vaping is the gateway out of smoking

The Parliament Magazine is issued on a fortnightly basis to inform and educate politicians with “with balanced, objective and informative coverage”. The latest issue carries an article by Consumer Choice Center’s Maria Chaplia and World Vapers’ Alliance’s Michael Landl saying that “Vaping is the gateway out of smoking”.

The World Vapers’ Alliance has been exceptionally active lately, from attacking the SCHEER Report [link] and demonstrating at the European Parliament [link] to organising a spectacular protest in the Netherlands [link].

The Parliament Magazine and its sister publications highlight, “innovation and best practice across key regional policy sectors, as well as providing up to date news and analysis of regional policy legislation and developments at EU, national and regional levels.”

In the latest edition Chaplia and Landl say: “The innovative nature of vaping has contributed to its success and allowed it to quickly gain popularity among smokers.”

They argue that despite the novel technology being targeted by opponents as a gateway into smoking the truth is the opposite, and the longer the EU continues to attack harm reduction, “the fewer smokers get a chance to switch to a safer and healthier alternative.”

“The newest Action on Smoking and Health (ASH) UK report states that “only 0.3 percent of never-smokers are current vapers (amounting to 2.9 percent of vapers)”. Therefore, a gateway effect to smoking is not reflected in the data and many studies show the opposite effect. For example, smoking rates in the UK - where public health authorities encourage vaping as a gateway out of smoking - are at an all-time low and there is no sign of vaping causing more smoking.”

They address the fact that countries which have embraced harm reduction, such as the UK, have seen accelerated declines in smoking rates, whereas countries like Australia have witnessed a deceleration to abject stalls.

“The correlation between the introduction and the popularity of vaping and declining smoking rates suggests that vaping is an important innovation to help people quit smoking. The 2018 US National Academies of Sciences, Engineering, and Medicine Report found that the smoking rate has decreased overall more rapidly since vaping became more prominent in the United States.”

While politicians may read the text, will they listen to the message? It’s very clear: “Despite many voices seeking to undermine vaping as a gateway out of smoking, the evidence is sound: vaping saves lives.”

Image by Foto-Rabe from Pixabay 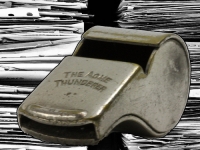