Dr Konstantinos Farsalinos is fighting back over two defamatory articles published by Vpro-Argos and Le Monde. The articles were produced by journalists at The Investigative Desk; part funded by the University of Bath’s Tobacco Control Research Group which, in turn, is the recipient of funding to the tune of $20m from billionaire Michael Bloomberg’s Bloomberg Philanthropies.

It is worth remembering that as well as sponsoring the disinformation attack dog at Bath, Bloomberg Philanthropies also contributed part of the $1.7M seed funding [link] for Hava Health’s Hale product [link] as an angel investor, via a consortium called The Network.

The authors write about, “a network of scientists and lobbyists who evangelize the benefits of nicotine… Research by The Investigative Desk and Le Monde shows that some of them have indirect and direct links with the industry.”

The gist of the articles is to silence debate on the apparent link between nicotine use and a lower admission rate to hospital with severe coronavirus symptoms.

They state: “The idea that nicotine can serve as a shield against Covid-19, whether or not in vaporized form, has not been proven at all.”

The idea that these four journalists are more qualified to make this statement than anything published by Dr Farsalinos is laughable.

“Behind the series of pre-prints are always the same names, such as those of the Greek cardiologist Konstantinos Farsalinos. He is one of the best-known and most cited tobacco harm-reduction scientists - a fact he proudly states on his own Facebook page. Within the online very active vape community he is also called Dr. Called F.”

Then they launch into the world of Bloomberg playbook fantasy: “E-cigarettes (especially with flavours) can actually tempt young people to vape and then even to smoke, and the health effects of the vapor are also more serious than expected. Instead of stopping, many switchers continue to vaporise - and some also smoke - while little can be said about the harmfulness in the long term.”

Announcing the issuing of legal letters, Dr Farsalinos tweeted: “Bloomberg disgrace. They hate studying nicotine (NRTs!!!) for COVID, so they hire ‘journalists’ (who hide their sponsoring) for ad hominem attacks with LIES against me, Changeux and other researchers! Mafia-like tactics! Science is NOTHING to them!

“Investigative desk, paid by Univ of Bath (Bloomberg). Undeclared payment by Bloomberg to ‘journalists’ for ad hominem attacks with LIES. My response. They did NOT declare who was funding them. Corrupted tactics, but I thank them for the free promotion!

The legal letters state: “The content of the article concerning myself is clearly and intentionally defamatory, damaging for my reputation and insulting for my scientific integrity and ethics. Furthermore, some of the authors failed to present their own conflicts of interest relevant to their funding source, which creates a serious transparency issue.”

Farsalinos says that the journalists have failed to include key facts he gave them and misrepresented his funding sources on multiple occasions. He makes the following points:

He adds: “I reserve the right to seek legal advice and initiate legal action against Le Monde and each author separately for this article, which is intentionally defamatory, false, misleading, and has caused damage to my reputation and my personal and scientific integrity.”

To support his letter, Dr Farsalinos adds a copy of the email he sent to The Investigative Desk’s Eva Schram.

We wish Dr Farsalinos the very best with his fight for justice and hope that more academics and advocates adopt this approach in 2021. Time has to be called on the continual lies and slurs propagating from various arms of the Bloomberg machine – lives are on the line. 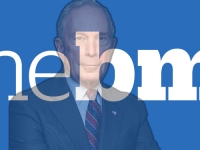 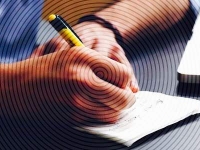