Action on Smoking and Health (ASH) was an anti-tobacco charity that supported vaping as a means to tobacco harm reduction. As time has gone by it appears to have suffered from mission creep and has taken to making some outlandish announcements on what legislation is required next. Denying Michael Bloomberg is the threat many recognise him to be, ASH’s closeness to the academics he funds is evident in its proposals and an article in The Conversation this week.

She began by detailing how the number of vapers in the UK has plummeted from 3.9 million to 3.2 million. Many commentators have placed the blame for this on the hysteria emanating from the United States and the baseless fears being whipped up by the well-financed Michael Bloomberg operation working out of Bath University.

This impression is underpinned by ASH’s data showing that UK adults thinking vaping is as or more harmful than smoking has grown to a disgraceful 34%.

Arnott then presented findings demonstrating the vast majority of teens in the UK do not vape and there are “almost no never-smokers”.

The view of the battlefield is clear then: vaping works, it’s far safer, there is next to no impact on youth – but disinformation is causing a problem for adults. The way ahead ought to be to push for regulations that would encourage more adults to switch given that fears about teens appear to be baseless…but wait a minute.

Arnott spoke about how ASH partnered the Campaign for Tobacco Free Kids (CTFK) to complain about Vype congratulating an actor on an award. “We could see the impact on youth,” she continued. “Young people are as likely to report seeing online ads as in the US despite their being illegal here and not in the US”.

But hang on Deborah, you’ve just covered annual data demonstrating that even if they see these “ads” (that aren’t ads), they are having no impact on use.

This built up for Arnott to present ASH’s direction of travel to influence policy post-January. “Flavours is the really big issue, and the thing there’s most concern about when it comes to e-cigarettes.”

In fact, Arnott is concerned about flavours and how the flavours are promoted. For this section of her talk she parrots propaganda from CTFK. “The marketing is all about sweet flavours,” she says, showing a picture of a banana split that absolutely no adult has ever eaten.

Again, Deborah, you covered annual data demonstrating that even if they see the “packaging, labelling, and branding”, it isn’t having an impact on use.

This isn’t about science, evidence has been forgotten, this is an emotive position talking about “garish colours” that “do more than just lean to a teen market” – this is the kind of position taken by Bloomberg’s anti-vaping operation working out of Bath University.

During the panel debate following Arnott’s presentation, Clive Bates (who previously held Arnott’s post) called for people to park their worries about the tobacco industry because it was getting in the way of people switching. He launched into the Bloomberg-driven fears over teens that, as previously highlighted, just doesn’t exist in the UK.

Rather than take on board Clive’s points about teen worries and the influence wielded by Bloomberg, Arnott said the problem was more to do with Clive not getting his message across. “Bloomberg money only has an impact because it resonates. Clive,” she said. “I don’t think your messages are good enough to actually cut through that.”

Last week also saw Arnot co-author a paper published in the International Journal of Drug Policy and an article in The Conversation. The other authors: J. Robert Branston and Allen W.A. Gallagher. Both work at the Department for Health at the University of Bath, both receive funding from Bloomberg Philanthropies and contribute to the virulently anti-vaping Stopping Tobacco Organizations and Products project.

Action on Smoking and Health and Deborah Arnott are either unaware of the influence Bloomberg is having on the charity’s approach to vaping or they don’t care. They know teen vaping isn’t an issue, they know adult confusion about safety is growing, they know vaping works, they know consumers developed vape products to appeal to them the most, yet they want to see vaping items look more like tobacco products which will equate the two in the minds of adult smokers. 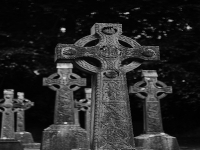 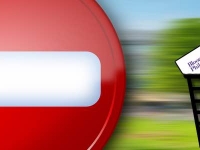