Regulator Watch has released another interesting and informative video, where Brent Stafford interviews leading New Zealand advocate Marewa Glover. In it, she details how tobacco harm reduction and advocacy has been impacted by the ongoing attacks by Bloomberg funded organisations.

Marewa Glover is director of the independent Centre of Research Excellence: Indigenous Sovereignty & Smoking based in Auckland, New Zealand. It is funded by the Foundation for a Smoke-Free World and aims to reduce the harms associated with tobacco use among all indigenous people globally.

Glover is a behavioural scientist and has led and collaborated on 100 published scientific studies. Her work was recognised a couple of years ago when she was named as one of three finalists for the New Zealander of the Year Award.

Brent Stafford begins the interview by asking Marewa why indigenous people lie at the heart of her interests.

Marewa spoke about being Māori and how tobacco was introduced to New Zealand by the whalers, sealers, and missionaries. Having the plant introduced to women and men at the same time really set deaths apart from other places and communities.

“In the 1990s, Māori women had the highest rates of lung cancer in the world (for women). European women didn’t start smoking until the Roaring 20’s and 30’s.”

She believes that if you want to see what is going to happen to other women in the future then look at what is happening to the Māori women of today.

“Three times the rate of cervical cancer, highest rates of lung cancer, sudden unexpected deaths in infancy through the roof.”

Marewa continued by explaining how the Kiwi response to vaping has been mixed. While some have welcomed the opportunities conferred by the reduced harm products, others have striven to keep it at arms distance.

On the plus side, Marewa believes that vaping will not be taken away as an option in New Zealand, “it’s a secure choice you can make…and, encouragingly, the New Zealand Ministry of Health has funded a campaign to encourage switching to vaping.”

Unfortunately, the positivity generated by the pro-vaping, pro-truth campaign [link] was countered by nonsense emanating from the United States. When President Trump announced he was going to ban all but menthol and tobacco flavours, Jenny Salesa dumped the campaign and immediately set about redrafting legislation.

Marewa has created a website, Voices of the 5% [link], that details the experience of Māori men and women as they attempt to switch in a climate of mixed messages thanks to the Michael Bloomberg’s well-funded and coordinated campaign of misinformation.

As the interview progresses, she speaks about “the cabal” of tobacco controllers who, albeit a small group, are dictating how all those who wish to work in the sphere should operate. This in turn has led to a situation where “competitors” for research funding are going to incredible levels to discredit her.

Starting with the taxation of tobacco, her disagreements with the accepted approaches led to the cabal working to undermine her. Marewa details the lengths to which the tobacco control industry has gone to vilify and side-line her, adding up to a striking tale and a compelling interview. 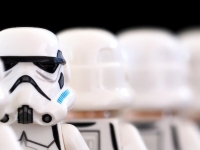