Campaign for Tobacco Free Kids, the University of Bath Tobacco Control Research Group, Truth Initiative, and Vital Strategies have coerced a number of organisations who benefit from Bloomberg’s billions to sign a letter to Google demanding it bans all vape related apps from its store. Consumer groups have responded directly to Google’s CEO Sundar Pichai.

Bloomberg’s gofers wrote: “We represent tobacco control, public health, corporate accountability, and consumer protection organizations fighting to reduce tobacco use and its deadly toll around the world. We are writing today to urge Google to immediately remove and adopt a policy to prohibit applications that encourage purchase or consumption of smoking and vaping products in the Google Play store.”

They say that evil businesses use “technology platforms to target young people”, as if an app to calculate Ohm’s Law encourages anybody to initiate vaping. They decry an app that “offers directions to create vape liquids and maintenance of vaping devices”.

Consumer groups have responded with their own letter to the CEO. Signatories to the letter cover organisations from South America, Europe, Mexico, Canada, and the World Vapers Alliance.

They respond: “Vaping saves lives and has been a lifeline for more than 68 million people around the world who have struggled to quit smoking. For them and millions of others who are considering quitting smoking, access to information is crucial.

“The organizations signing this letter are representing millions of vapers around the world and are convinced of the great harm reduction potential of vaping. We do not represent industries, we are only concerned about access to a life-saving alternative to smoking for adult consumers.”

The groups point out:

“Many of these apps are designed by enthusiastic ex-smokers and small and medium-sized businesses that seek to help and guide those who wish to find a less risky alternative to smoking. The vaping market, contrary to what is said, is in the hands of small and medium-sized entrepreneurs and not of the big tobacco companies as they pretend to be.”

The coalition urges Google to ignore the “unscientific demands” being made by Bloomberg’s puppets and to use the technical abilities it already possesses: “We share the opinion of Tobacco Free Kids and the signatories that nicotine administration products should not reach minors, since it is a product specially designed for adult smokers who seek alternatives to reduce the harm caused by smoking, but adults seeking to quit smoking and reduce the harms caused by smoking should be able to download the apps that can help fulfil this purpose.

“Google already proved its ability that content does not reach adolescents, with programs such as Family Link apps, YouTube kids and the restrictions on YouTube of content not suitable for minors. We know that Google has all the technological capacity to make this continue happening without depriving adults of information and choosing alternatives that can help to give up smoking.”

The organisations call upon Google to aid adults’ continued access to facts: “We are calling on you to keep access to information about e-cigarettes open, the health and wellbeing of millions of people around the world depends on it.” 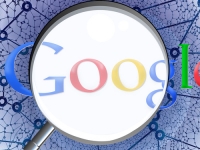 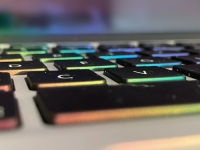 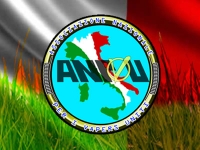