Experts at the University of Oxford have conducted an extensive review of all the current evidence covering more than 50 papers and 12,000 people and found that “e-cigarettes with nicotine can help more people to quit smoking than traditional nicotine replacement therapy”. While there are some experts that argue nicotine gums and patches should be the only option, the facts say differently.

Jamie Hartmann-Boyce and Nicola Lindson’s evidence review has led them to say that there is “greater confidence” that vaping works. They do mention that more data is required to cover modern devices.

Importantly, for those looking to switch or worrying due to coverage in the media, they say that there is “no evidence of serious harms” from vaping.

One of the problems frequently ignored by those who downplay vaping’s benefits is that smoking kills one in two regular users, which equates to 8 million people around the world every year – this is the same as over 21000 Boeing 747s crashing annually.

Hartmann-Boyce and Lindson write: “For many, the arrival of e-cigarettes signalled an exciting opportunity. E-cigarettes represented a new treatment for cigarette addiction, mimicking some of the behavioural, social and pharmacological aspects of cigarettes. But some policymakers remain cautious, despite the increase in research findings that support e-cigarettes for quitting smoking.”

They say the caution lying behind the restrictive practises are less to do with whether people should switch than concern over youth taking it up.

They say this tension between public health experts over “protecting the kids” and “helping adults who smoke” has been obstructing “clear public health messaging for years.”

Ultimately, they conclude: “E-cigarettes with nicotine are not risk free but are considerably less harmful than smoking. Translated into actions: if you don’t smoke, don’t start to use e-cigarettes. If you do smoke, consider switching.” 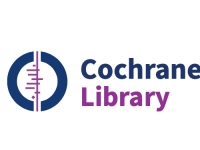