The Bailiwick of Jersey, known to most simply as the island of Jersey, is famed for its welcoming tax legislation for the wealthy. Many companies set up operations on the British Crown dependency to take advantage of the secrecy and beneficial rates. Claiming the COVID-19 pandemic has hit the Channel Island’s income, the government has announced it is looking at levying a tax on vape companies which could lead to price rises in the United Kingdom.

Jersey’s standard rate for corporate income tax is 0%, hence the attractiveness of setting up there. There are exceptions; financial service companies pay a 10% rate, utilities and large corporate retailers pay double that. Despite the low rates, it all racks up to about £800million for an island measuring barely 45 square miles.

According to the government, the virus is set to cost it £96 million this year. The last death they experienced was on 19 June but confirmed cases have ramped up to single digits over the last few weeks.

Authorities estimate the pandemic will cost them £115 million next year, with £184 being set aside for the following couple of years. In total, they estimate the total cost will run to £395 million and they are looking at ways to pay the bill. Jersey is estimating that this will fall at the same time as a drop of 5% in revenue.

States Treasurer Richard Bell announced during an afternoon briefing that he and other officials had been considering different methods of paying for the accrued loss. While he was forthcoming with the size of the bill, he was reluctant to go into detail of how it would be met but did confirm that a full review of the island’s taxation structures is now underway.

In particular, Bell spoke about how vaping and medicinal cannabis businesses would probably be targeted moving forward, along with a government-wide efficiency drive. The expectation is that any vape business registered in Jersey will pass the additional tax along to the end consumer in Europe and the United Kingdom.

Bell told reporters: “Like any sensible fiscal authority, they do not recommend that you balance your books in the middle of a recession because that would only make the recession even deeper. You don’t cut spending and raise taxes when you’re in the trough, but there is a structural deficit and, by structural, we mean a deficit that would be permanent unless you do something about it.”

Assessing the size of the potential impact on the British market is difficult to ascertain as the U.K. government’s list of registered retailers doesn’t require them to disclose registered locations [link]. In addition, Jersey’s commitment to display a full list of the true owners of incorporated companies isn’t set to be released until 2023 [link].

Jersey is set to announce its budgetary plans in 2021. 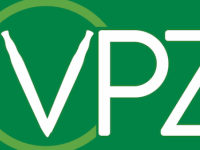