The World Vapers’ Alliance (WVA) has fired off a rapid response to the report published by the EU Scientific Committee on Health, Environmental and Emerging Risks (SCHEER). We reported on the committee’s “preliminary opinion on electronic cigarettes” yesterday, highlighting a number of glaring faults and its reliance on corrupt research purporting to be science.

The SCHEER report concluded among other things that there is moderate evidence of vaping causing irritation to the respiratory tract, strong evidence that vaping impacts the cardio-vascular system, and that vaping is a gateway into smoking. To come to those conclusions, it relied on fraudulent and pseudoscientific findings made by the likes of David Bareham, Jessica Barrington-Trimis, and Stanton Glantz.

The committee members totally ignored the independent evidence from Public Health England which shows that “e-cigarettes are around 95% less harmful than smoked tobacco and they can help smokers to quit.”

The WVA says it amplifies the voice of passionate vapers around the world and empowers them to make a difference for their communities. The alliance partners with 17 groups representing vapers worldwide and represents individual vapers.

Commenting on the report, Director of the WVA Michael Landl said: “The preliminary opinion paper overlooks credible facts. The report ignores a large swathe of scientific evidence supporting vaping and the clear evidence from millions of European Citizens who have quit thanks to e-cigarettes.

“The opinion does nothing more than vilify vapers and e-cigarettes, while basing much of its evidence on what they admit is “weak to moderate evidence”. Acting upon this report to restrict or ban e-cigarettes will do nothing but cost lives.”

The WVA points out the absurdity of the conclusions given that the UK and France have included the use of electronic cigarettes in their annual “stop smoking” campaigns, based on science that proves vaping can help people quit, something else that the report misses. The organisation added that if the EU slams the brakes on the incredible advances made in public health through the prevalence of vaping, we will see a return to smoking for millions around the EU, and the death toll associated with smoking will rise.

The World Vapers’ Alliance will submit to the public consultation open by the European Commission on the matter, to explain in more detail about the concrete evidence on e-cigarettes which has been completely ignored by the SCHEER opinion.

“We are definitely not giving up our fight against smoking. The WVA has this month launched the BACK VAPING. BEAT CANCER campaign, urging vapers to tell their elected officials in the European Parliament how important vaping is to them. The fact that the SCHEER committee’s opinion ignores the evidence of millions of Europeans who quit smoking by vaping shows how important it is that they raise their voice,” Michael Landl concluded. 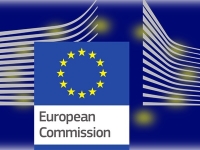 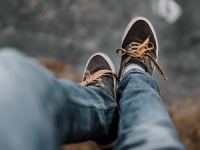