The Danish Cancer Society (DCS) has written to the European Commission (EC), urging them to enact harsher controls on vaping in the new Tobacco Products Directive (TPD). It copied in Danish politicians in its call to make access to vaping harder to prevent “smoking among young people”.

“Tobacco smoking is the main preventable source of disease and death in Denmark,” said the Danish government as it introduced the Bill amending the Act on the ban on tobacco advertising etc., Act on tobacco products, and Act on Electronic Cigarettes. “A particular problem relates to smoking by children and young people, as they are particularly vulnerable to the harmful effects of tobacco and other nicotine products.”

The notification to the EC advised Europe that Denmark planned to:

We warned at the time that this could influence the next iteration of the Tobacco Products Directive (TPD) and that it has been predicted by leading harm reduction advocates that the UK will probably adopt a lot (if not all) of TPD3’s approaches.

The DCS’ letter applauds, “the Danish Government and a broad political coalition in the Danish Parliament agreed to implement a national action plan with a wide range of initiatives against smoking among children and young people”.

Taking a page from the Bloomberg playbook, it continues: “We find that the public health perspective and the focus on preventing smoking among young people largely has been absent from the current stakeholder contributions to the notification of the proposal. We therefore want to express our full support for the bill and its aim to reduce smoking among young people and to decrease inequalities in health.”

The letter has been co-signed by a number of leading European anti-vaping/anti-tobacco harm reduction bodies, which includes the European Respiratory Society, ASH Finland, the Lithuanian Tobacco and Alcohol Control Coalition, among others.

Ignoring that vapers will be driven to an unregulated black market and current smokers denied the opportunity to easily switch to vaping, the letter frighteningly states: “The proposed Danish tobacco control plan aims to achieve a high level of public health protection in line with Denmark's obligations under the Framework Convention on Tobacco Control. We urge the Commission and member states to support the comprehensive Danish action plan against smoking among children and adolescents, in particular within the areas complementary to the EU TPD.”

Conflating tobacco use with vaping is at best disingenuous and the rabid anti-harm reduction approach ignores all of the solid science amassing in the United Kingdom and elsewhere.

“We strongly recommend that in the coming revision of the TPD the Commission reinforce Article 24 (2) that allows member states to go beyond the directive in order to protect public health…to regulate the cascade of new tobacco and nicotine products that have recently flooded the European market and reached our children and adolescents.”

It is complete nonsense that children are being targeted, conflicting with clear evidence to the contrary. Emotive declarations do not trump science, and the fact is that the few children who vape in Europe used to be or are smokers. Organisations and governments following the Danish Cancer Society’s path are not “ambitious”, they are ignorant and dangerous. 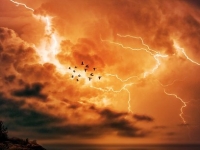 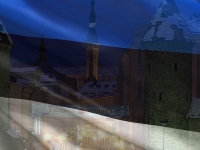