Researchers have conducted a systematic review of literature and concluded that nicotine offers up benefits to schizophrenics. They state that the findings need to be born in mind when encouraging patients with schizophrenia to quit smoking in healthcare and domestic settings.

In their 2009 work looking at nicotine’s impact on temporal lobe function – the part of the brain responsible for processing input from the senses into meanings for the retention of visual memory, language comprehension, and emotion association – Martin, Davalos, and Kisley wrote: “Our hypothesis that nicotine enhances preattentive temporal processing is confirmed.” [link]

Veena Kumari and Peggy Postma wrote about their nicotine self-medication hypothesis in 2005: “The rate of smoking in patients with schizophrenia is estimated to be two- to four-fold the rate seen in the general population. Furthermore, such patients favour stronger cigarettes and may also extract more nicotine from their cigarettes than other smokers. The question has been raised whether the widespread smoking behaviour seen in this patient group is in fact a manifestation of a common underlying physiology, and that these patients smoke in an attempt to self-medicate.” [link]

They wrote: “Nicotine use, which is mostly done through smoking tobacco, is among the most burdensome comorbidities of schizophrenia. However, the ways in which nicotine affects the cognitive and early sensory alterations found in this illness are still debated. After conducting a systematic literature search, 29 studies were selected. These studies involve individuals with schizophrenia who underwent cognitive and/or early sensory function assessments after acute nicotine administration and include 560 schizophrenia subjects and 346 non-schizophrenia controls.

“The findings highlight that a single dose of nicotine can improve a range of cognitive functions in schizophrenia subjects, such as attention, working memory, and executive functions, with attention being the most responsive domain. In addition, nicotine can modulate early detection of changes in the sensory environment at both the auditory and visual levels.

“Nevertheless, effects vary strongly depending on the type of neuropsychological assessment and nicotine intake conditions used in each study. The current findings suggest the need to consider a potential decrease of cognitive and early sensory performance when patients with schizophrenia quit smoking.” 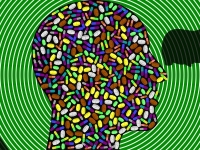