South African vapers and smokers haven’t been able to buy anything for their habit since a harsh lockdown was declared on March 27th. Sales of tobacco and vaping products became prohibited, and the demand created a massive unregulated black market. There was a planned relaxation to “Lockdown Level 4”, opening up tobacco and vape stores, but this was cancelled last Friday.

British American Tobacco South Africa (BATSA) took the government to court last Wednesday, arguing against the ban placed on its products; the ruling ANC party arguing that the prohibition was needed due to COVID-related "health risks". BATSA were joined by Japan Tobacco International, consumers, trade organisations and tobacco growers.

Lawyers for BATSA argued the measure was "unconstitutional", "unscientific" and "devastated" an industry that made huge contributions to a recession-hit economy that now suffers even more due to the pandemic.

What could have prompted Minister of Cooperative Governance and Traditional Affairs Nkosazana Dlamini-Zuma to have initiated and continued a ban that only served to benefit black market profiteers?

She prompted hilarity by recently claiming that criminality has declined because she banned alcohol – causing critics to highlight that everyone has been banned from going out and that might be a more salient factor.

When it comes to the fag and vape sale ban, it is Dlamini-Zuma’s links with Adriano Mazzotti that is causing eyebrows to be raised. Mazzotti strenuously denies that he is a black marketeer, illegally importing container-loads of tobacco, but this conflicts with his “self-confessed” cigarette smuggler status in the the book The President’s Keepers.

The book goes on to state: “While monitoring the offices of Carnilinx, agents saw Dlamini-Zuma enter the premises, where Mazzotti presented clothing for her political campaign…As we understand it, Mazzotti and Carnilinx pumped serious money into their relationship with Dlamini-Zuma, and they would want something in return in the future. With her [in a position of power], Mazzotti would expect his business interests to blossom.”

Lamenting the decision to continue the ban, the Vapour Product Association of South Africa (VPASA) said the “government should rely on science and empirical data to regulate vaping”.

It continued: “The [vape] industry has borne the brunt of government lockdown regulations, despite a peer reviewed study by Dr Konstantinos Farsalinos, a renowned cardiologist and harm reduction expert and  the US Food and Drug Administration (FDA) finding that there is no clinical evidence that proves vaping can exacerbate symptoms for the coronavirus (Covid-19).

The VPASA urged the President to consider the evidence showing vaping is “a viable tool in tobacco harm reduction” and said he should look towards the United Kingdom, as we have embraced vape products as an integral of our part harm reduction legislation.

“During an interview in May, Professor Abdool Karim stated that South Africa is fortunate to have politicians who value and want scientific input on which to base their decisions regarding the fight against Covid-19. The same should resonate with government and legislators, who should value the available empirical data regarding vaping and its contribution to tobacco harm reduction. Legislators should follow the best approach when it comes to vaping, and that means embracing vaping as part of the country’s harm reduction strategies,” continued the VPASA. 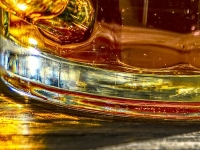 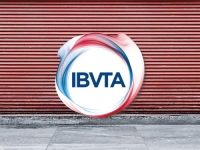 IBVTA writes to MPs and Peers