Our Laws Save Lives

UK-style laws could convert more than 200 million smokers to vaping worldwide, according to research by the Consumer Choice Center. It says its findings reveal the potential for 76 million people to switch away from tobacco products in China alone.

The Consumer Choice Center looked at 61 countries and highlighted that the United Kingdom’s approach to vape advertising, displays, and tax rate is an example the rest of the world should be following.

Managing Director Fred Roeder said: “We used the UK’s progressive tobacco harm reduction policies as a reference point and estimated how many current smokers could be helped to switch by having a more permissive vaping framework. In China, 76 million people could switch. The US (6 million) and Germany (4 million) would also see huge public health benefits by emulating the UK’s approach.” 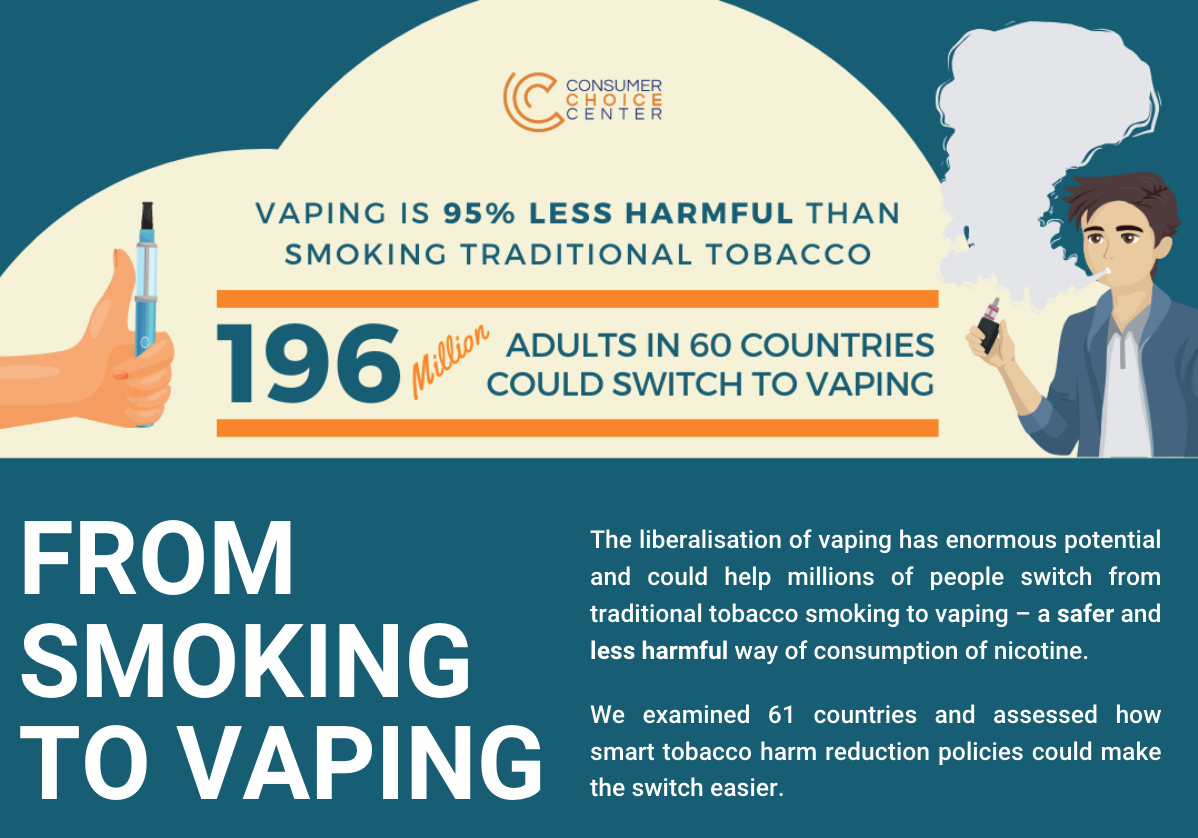 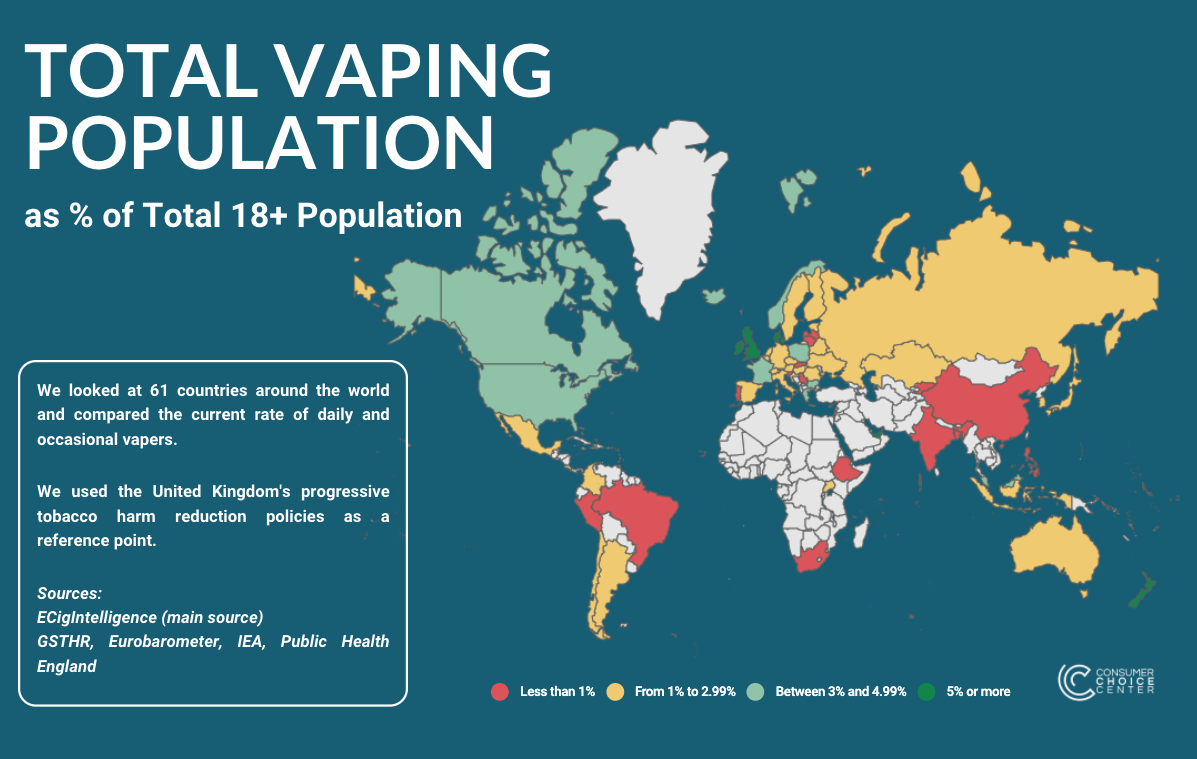 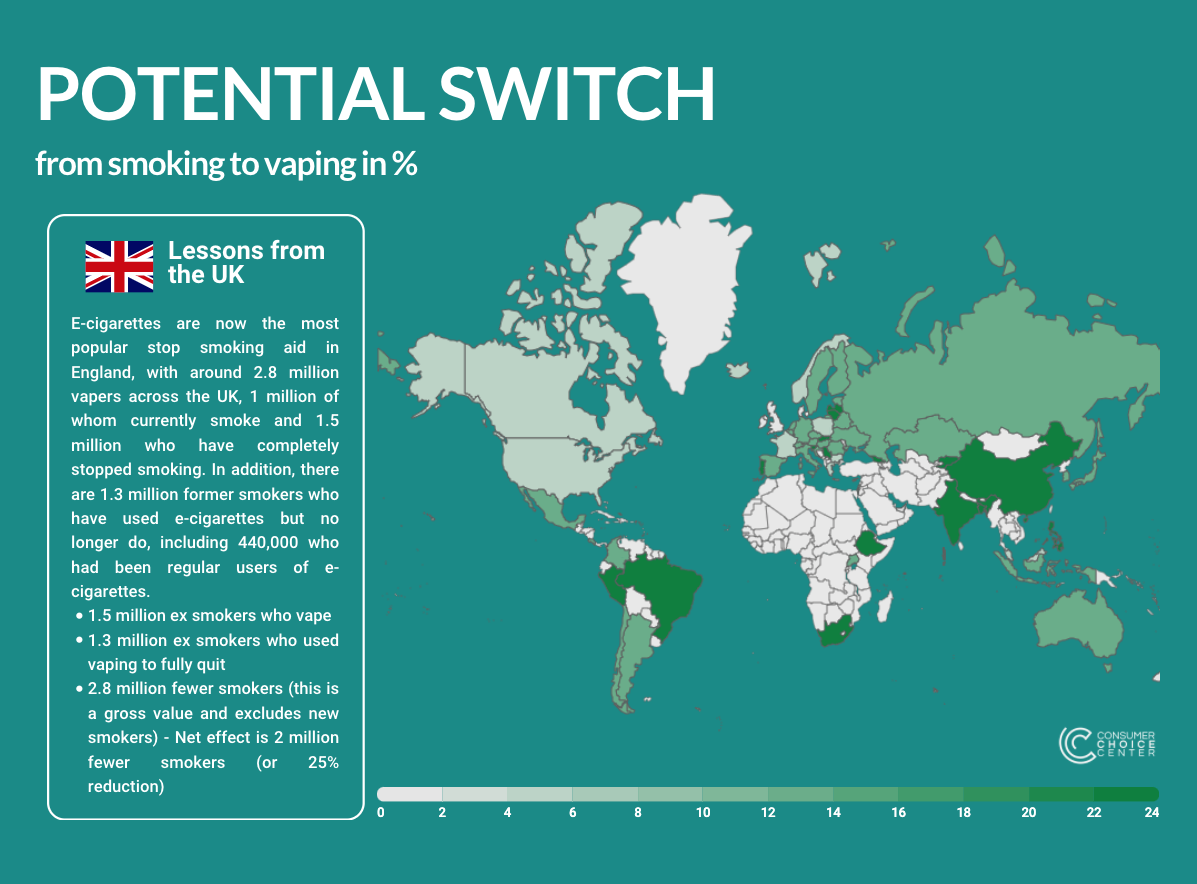 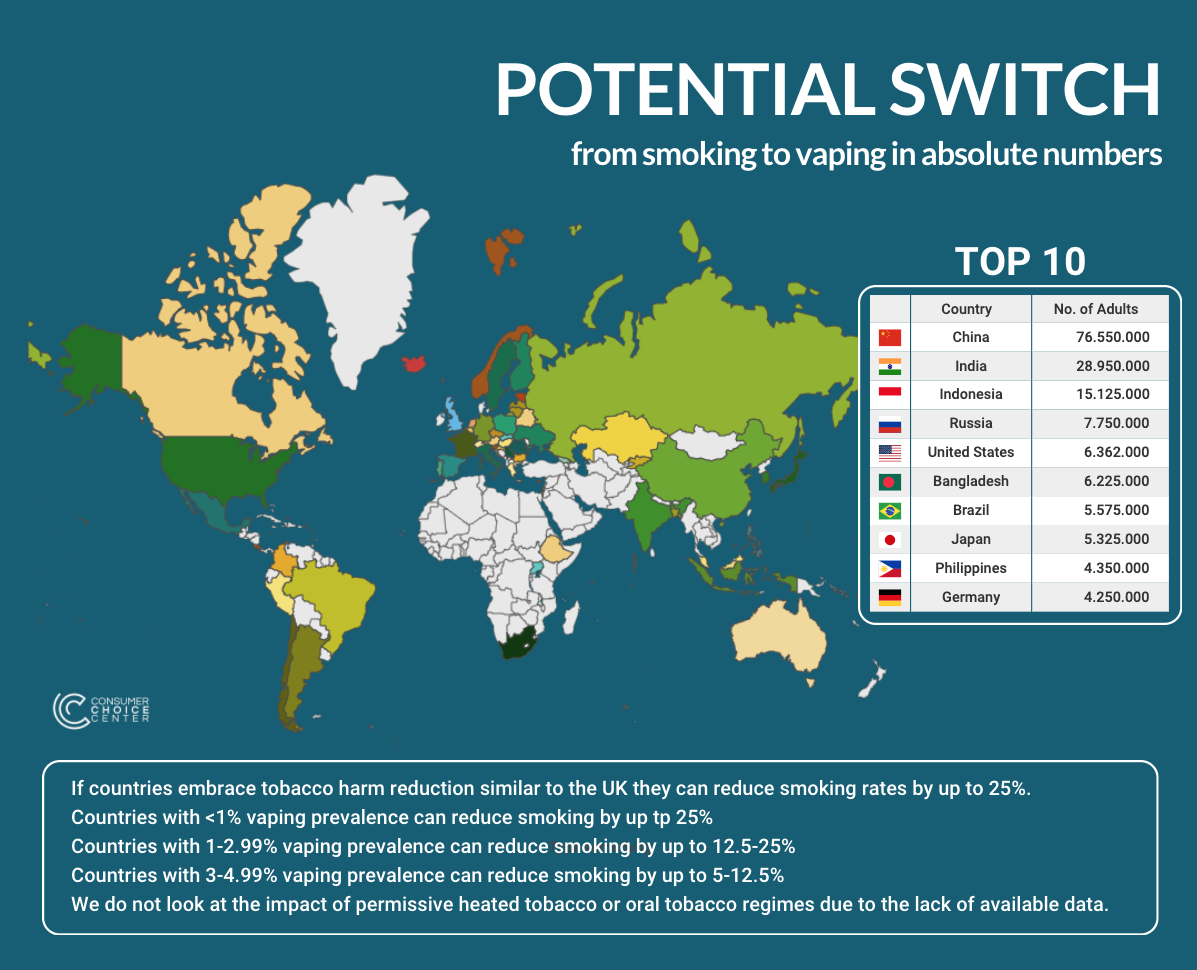 The Consumer Choice Center has drawn criticism from Bloomberg-funded organisations due to its links to American libertarian organisations and individuals. Typically, Bath University’s Tobacco Tactics focusses on the messenger and not the message.

Laughably, it accuses the centre of hosting “three strongly biased roundtables” in 2018, to discuss the World Health Organisation’s shortcomings “and how the WHO actively blocks healthier technologies in the area of harm reduction”. This from a group of people tied to a disgraceful campaign of misinformation and lies, smears, and half truths about vaping and tobacco harm reduction.

Deeply upsetting to those pocketing Michael Bloomberg’s millions, “none of the invited speakers had public health qualifications.”

And what did they object to? Was it Christopher Snowdon speaking about the “Public Funding of Public Health Activists”, Daniel Pryor talking about “How the UK can become a leader in tobacco harm reduction”, or Professor David Zaruk highlighting, “How evidence based policies are sabotaged by those who ought enforce them”?

Sharing of political ideals isn’t required in order to examine the evidence surrounding vaping or discussing the actions of public health bodies. Is it a prerequisite when applying for funding from Bloomberg Philanthropies?

The Consumer Choice Center’s affiliations are irrelevant in this context. Maybe Bath should address the findings instead of dismissing them because of the author? 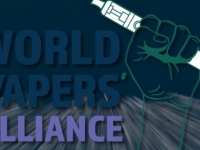 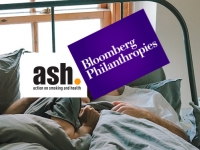 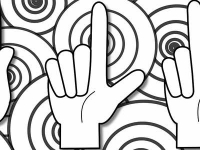