No Waffle From Belgium

Psychology professor Frank Baeyens writes to say that putting tobacco products and less harmful alternatives on the same level of legal and political equality is “absolutely not a good thing”. He argues in favour of tobacco harm reduction as a vital tool to help smokers who have failed to quit using traditional methods.

Recently, he has focused on the “contribution of learning processes to acquired likes, addiction and craving, and more specifically to smoking behaviour and recreational nicotine use”.

Professor Baeyens considers himself to be “a resolute advocate for Tobacco Harm Reduction”, and is currently investigating the efficacy, and the pro’s and con’s of electronic cigarettes, both in controlled lab studies and in clinical Randomized Controlled Trials.

Writing for DH Les Sports, a French-language news and sports daily newspaper published in Brussels, Baeyens says: “The Belgian government makes a big mistake by considering that the electronic cigarette is as harmful as the classic cigarette.”

He explains that the number of smokers has been decreasing in Belgium over a number of year but that “the current anti-smoking policy does not seem to accelerate the trend”.

If the government was serious about bringing down the number of smokers quickly, Baeyens continues, “the Belgian government will have to dare to bet on an expanded strategy for the consumption of tobacco and nicotine products.

“Discouraging smokers is not enough because the most inveterate of them do not care. To change their minds, the government must dare to actively promote attractive alternatives that are less harmful to health, and even promote electronic cigarettes. Maintaining a sanitary cordon around the consumption of nicotine, whatever its form, will not advance public health.”

Advocating a greater role for harm reduction, he states: “The method aims to significantly and quickly reduce the risk associated with the most harmful effects of smoking (such as cancer, cardiovascular disease, lung disease and psychological damage caused by stigma or discrimination). The rest is of less importance. The fact that people continue to use nicotine is certainly much less of a concern since it is much less harmful in itself.”

Belgium’s current direction of travel is relatively opposed to the principle of THR.

“Putting tobacco products and less harmful alternatives on the same level of legal and political equality is absolutely not a good thing. On the one hand, this reinforces the false impression that these two products are just as harmful as each other. So why would smokers opt for electronic cigarettes if it is as harmful as traditional cigarettes or if it has no positive effect on their health? On the other hand, this type of restrictive policy does not encourage smokers to turn to electronic cigarettes.”

Image by congerdesign from Pixabay 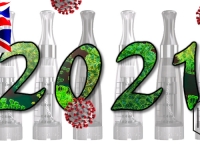 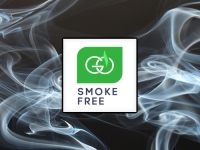 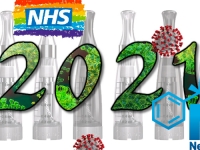