Some EU member states proposed that vaping products should fall under the same taxation system as tobacco products. Member States' Ambassadors to The Permanent Representatives Committee (or Coreper) have voted to give it “the green light”.

Last week, in a document seen by Euractiv, proposals came to light to shift vaping and heated tobacco products so that they fell under the EU Tobacco Excise Directive. In leaked documents, they said: “The current provisions of Directive 2011/64/EU have become less effective, as they are either no longer sufficient or too narrow to address current and future challenges, concerning some products, such as liquids for e-cigarettes, heated tobacco products and other types of next-generation products, which are entering the market.

“It is therefore urgent and necessary to upgrade the EU regulatory framework, in order to tackle current and future challenges in respect of the functioning of the internal market by harmonising definitions and tax treatment of novel products (such as liquids for e-cigarettes and heated tobacco products), including products, whether or not containing nicotine, that substitute tobacco, in order to avoid legal uncertainty and regulatory disparities in the EU.”

Taxation had been addressed in the aforementioned study in 2017, when the Commission’s report stated: “The demand for e-cigarettes is price sensitive, so the introduction of a harmonised positive (nonzero) tax rate on e-liquids at EU level may significantly affect the market development and yield modest tax receipts. The administrative and compliance costs for economic operators of including e-cigarettes among excise goods can be estimated at about € 15,000 per annum for a typical small business.

“In the case of public authorities the administrative costs of adapting the excise system have been generally estimated as negligible, however the enforcement may be burdensome, since the illicit production and movement of non-taxed e-liquids are very difficult to control.

“A lighter approach may consist of introducing a harmonised tax category without setting a mandatory minimum tax rate at EU level, i.e. leaving Member States free to decide whether to apply a zero or a positive tax rate. This way, the impact of the EU legislation on economic operators would be limited to moderate administrative and compliance costs.

“In any case, before proceeding with harmonisation, tax regulators may consider to address the current information gaps and uncertainties that exist about market, consumption, impact on smoking cessation and broader societal effects of e-cigarettes.”

The report noted that attempts by member states to introduce national taxes on alternative nicotine products had largely met with failure. “The impact … was often not in line with expectations: the demand severely declined, various methods to circumvent taxation emerged, and legal disputes occurred in some Member States.”

Although the authors concluded, “the lack of an EU-wide harmonisation and the current fragmentation of national approaches are not conducive to a level-playing field and Single Market integration,” they still advocated for a “light touch and cautious approach”.

Most would argue that this is still the case and a light touch is essential, not just for boosting the health of the sector (creating employment and prosperity), while combatting tobacco-related harm, but also for the sake of national economies in the aftermath of COVID-19.

This common-sense point of view appears to be lost on the current crop of politicians and the matter now moves to the EU Council and a “modernising” of the EU regulatory framework – which also gives an indication of the direction of travel on the next iteration of the Tobacco Products Directive.

The United Kingdom stands to benefit from this as products will become cheaper in comparison and serve the creation of an inevitable black market, although vapers who buy products from mainland Europe will see prices rise when then move to the EU Tobacco Excise Directive is enacted. 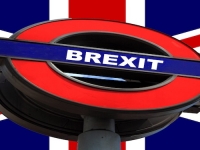 Brexit: Regs on Smoking and Vaping To Change 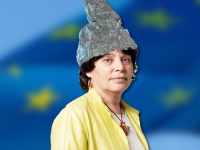