The Foundation for a Smoke-Free World (FSFW) has posted its 2019 financial reports, downloadable from the FSFW website. It calls 2019, “a successful and impactful year”, and states that “the reports reflect our commitment to research and initiatives that expedite the end of toxic tobacco products”.

The FSFW is frequently accused by tobacco controllers of being a front for Big Tobacco and secretly running a PR campaign to promote smoking products. As it has frequently pointed out, its terms of operation prohibits Philip Morris International, its sole contributor, from having any say in what it does – and the aims of the charity are clear, to reduce tobacco-related harm.

The reports show that from the single donation of $80 million, the charity has increased grant expenditures by 500% over the previous year, now totalling $41 million, bringing grant spending to a heady $160 million.

Maturing as a body, it has reduced its operational expenses (communications, legal, and travel costs) during the second year of operation.

Resources have been targeted at the Foundation’s strategic pillars:

FSFW speaks proudly of how it has awarded grants “to a number of world-renowned researchers who are spearheading innovative smoking cessation and harm reduction projects. Many have also published research reports and contributed to peer-reviewed articles.”

“In 2019, we also expanded our efforts to prepare farmers for an era of reduced tobacco demand by supporting a number of agricultural transformation programs. In Malawi, for example, we supported the Second Annual Agricultural Transformation Summit, as well as additional crop diversification initiatives that may serve as models for other tobacco-dependent economies. Finally, our grants facilitated research in several critical areas, including the identification of biomarkers of tobacco use and the development of mobile cessation services for rural communities.”

“Through these and other initiatives, the Foundation is working hard toward its core mission of ending smoking in this generation.”

The accounts show where money has been spent, including:

Other organisations not based in the UK or not working on behalf of consumers have not been listed here but can be viewed in the Annual Tax Return.

Hands image by stokpic from Pixabay 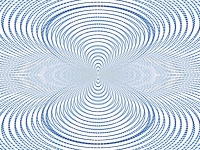 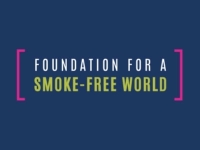 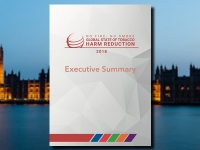