World Vape Day Saturday (30 May 2020) will be celebrated around the globe as individuals, advocates and consumer organisations all join in to share good news and how vaping has helped reduce tobacco-related harm. From a Twitter campaign to online events, there is something that everyone can join in and show their support.

Next weekend will see World Vape Day run up against the lies in the World No Tobacco Day event. One will be a joyous celebration of evidence and facts, and the other will contain the usual Bloomberg-funded misinformation. 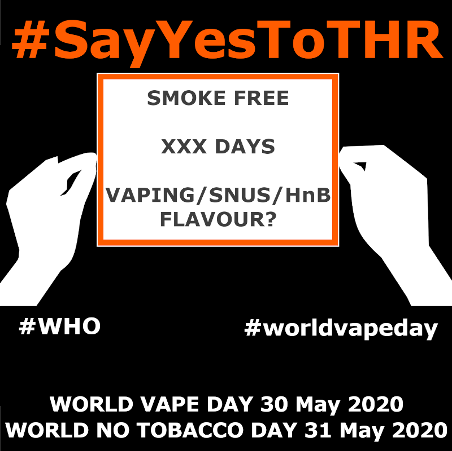 “Quitting smoking is hard - as many smokers will testify. Nicotine gum works for some, but not everyone. For some, or actually 42 million people around the world, vaping has helped them quit and stay quit. World Vape Day is being organised globally to celebrate this journey of quitting smoking which kills 8 million people every year.”

Consumer organisations have organised a range of activities, including:

At 9pm GMT, AVI will be hosting an Open Zoom live event which will be broadcast across social media channels where vapers talk about their personal experiences. 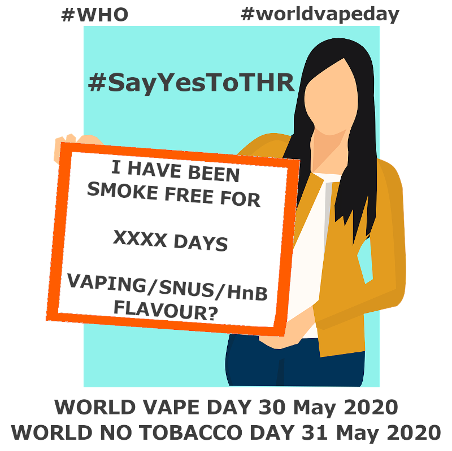 “We need to raise awareness of the fact that a lot of people have already been smoked-free (and still are) by replacing tobacco with low risk alternatives-AND by using flavours that NOT resemble tobacco or menthol.”

“We must try together to make the World Health Organization aware that they are wrong - and that they have to realise that vapour, snus, and more, are important tools to reduce the number of deaths from tobacco smoking.”

“Safer nicotine products, such as e-cigarettes and heated tobacco products, are the most disruptive influence on smoking in decades. These are the innovations that have the potential to save millions of lives in the Asia Pacific region as well as globally. These products have disrupted the standard of harm reduction in tobacco by giving the power back to the smokers to choose the option that works for them and allows them to have agency over their own and their loved one's health and wellbeing.” 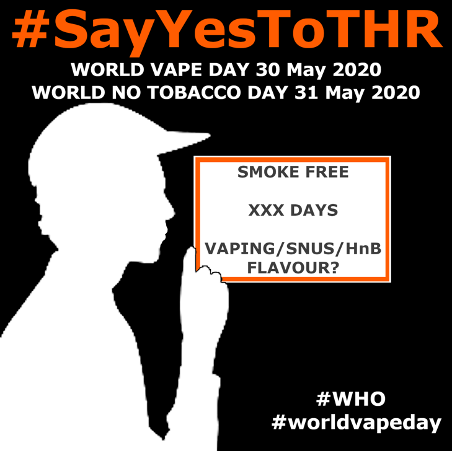 European Tobacco Harm Reduction Advocates (ETHRA) is encouraging reduced harm product (such as vaping and snus) users to celebrate the weekend with social media posts and speaking about their success in switching away from tobacco.

ETHRA suggests using the following hashtags to accompany your posting: 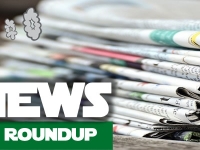 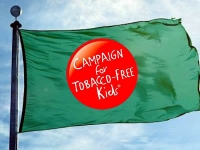