Menthol cigarettes have been removed from shelves across the UK from today. As of this morning, menthol flavoured cigarettes, loose tobacco and skinny cigarettes are banned due to the Tobacco Product Directive (TPD).

The ban applies to any flavoured tobacco product and includes “click” cigarettes that can change flavour by pressing the filter.

The regulations state: "No person may produce or supply a cigarette or hand rolling tobacco with:

Vapeclub explains: “Amongst other things, one of the aims of this legislation was to eventually prohibit cigarettes with a 'characterising flavour', which comes into full effect on 20th May 2020. A ‘characterising flavour’ means a smell or taste, other than tobacco, which is clearly noticeable before or during consumption and results from an additive or combination of additives, including menthol. This ‘characterising flavour’ is essentially deemed to make tobacco consumption more attractive and appealing towards certain social groups, with the ban expected to contribute significantly to the UK’s aim to be a smoke-free nation by 2030.” [link]

The company states that a study from the National Center for Biotechnology Information found 56% of menthol smokers stated “that they would continue to smoke using regular cigarettes or rolling tobacco”.

Vapeclub explains that vaping offers a great alternative to menthol cigarettes. It writes: “Vaping of course has not been affected by the menthol ban changes as vaping isn’t smoking due to there being no combustion or tobacco involved. In fact, one of the most admired public health organisations in the world, PHE (Public Health England), states that vaping is vaping is 95% less harmful than smoking, whilst the scientific journal Addiction states vaping ‘helps over 70,000 people quit smoking each year in the UK’.”

Companies have been gearing up to deal with the change. British American Tobacco (BAT) launched a range of new menthol vaping flavours and starter kits for its Vype brand. It says: “Designed for smokers of menthol tobacco products, the expansion of BAT UK’s portfolio will offer the 23% of smokers who will be without their preferred product a viable menthol alternative.”

Fredrik Svensson, BAT UK & Ireland General Manager, said: “The upcoming ban on menthol cigarettes is inevitably going to leave many adult smokers without their preferred product. That’s why it’s crucial that we are able to accommodate those looking for alternatives, particularly consumers who see the ban as an opportunity to make the switch to vaping.”

Anyone wanting to find something other than a pod system like Vype can find plenty advice and support on the Planet of the Vapes forum. Vapeclub sell a huge range of kits, mods, atomisers, and juices to help smokers switch to vaping. 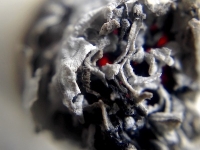 Vaping Is Better Than Counselling Alone