“New York City Mayor Bill de Blasio pointed a finger at the vaping industry last month as he discussed a 22-year-old New Yorker who’d been hospitalized with Covid-19. We do think the fact that he is a vaper is affecting this situation,’ de Blasio said,” wrote Tiffany Kary for Bloomberg News.

Evidence-free journalism is what the vaping community has come to expect from the billionaire’s press stable. There are no surprises in the latest onslaught, and it’s all centred around supposed Big Tobacco funding and influence.

“The suggestion that vaping and cigarettes can worsen the risks from the new coronavirus has put nicotine purveyors in the spotlight,” writes Tiffany – but there are no papers detailing why risks would be worsened and no genuine experts to offer up explanations, just comments from the charlatan Stanton Glantz.

The conflation of nicotine with tobacco, and the conflation of tobacco with vape, is a tired and lazy approach to an argument, one where Kary elects to ignore evidence in favour of smear and anecdote. Bloomberg’s puppet offer up that there are “groups indirectly funded by Philip Morris International”, hoping to damn them just by invoking the name of the tobacco giant.

It doesn’t seem to matter how many times the Foundation For A Smoke-free World explains how it protects itself from any influence with checks and balances, the likes of Tiffany Kary will keep repeating the same mantra in the hope that the slur sticks.

The only change is that she is casting the net wider. “A website called Consumer Advocates for Smoke-Free Alternatives Association,” she continues, clearly hoping that belittling a leading consumer organisation to the level of “a website” can be considered structured argument. It can’t, it just displays more ignorance and ideology.

She attacks an article by Dr Roberto Sussman and Carmen Escrig; where they highlight the paucity of evidence linking vaping to COVID-19 and, thereby, the critical flaws in arguing against vaping during the pandemic.

To support her attack, she invokes a hitherto unfamiliar Michél Legendre saying Sussman and Escrig have engaged in “spin” and that doctors and public officials shouldn’t have to sort through “this mess of misinformation”.

To prove that spin is taking place, Kary then accuses Pro-Vapeo México, of which Sussman is a director, of being “indirectly” funded by the Foundation for a Tobacco Free World. This grubby innuendo isn’t just logically flawed, it’s an outright lie.

“Truthful reporting requires that these false statements be publicly retracted and published in the same manner in the Bloomberg media as it was published earlier today. It must be clearly stated that Pro-Vapeo México is not financed ‘directly’ or ‘indirectly’ by the FSFW.”

“As these impressions have been corrected, I am happy to interview you at any time to discuss scientific and technical issues.”

Bloomberg has edited the article to remove the accusation, but what remains is still a sham. Anything that includes shamed ‘rent-a-study’ Glantz (laughably saying “microscopic hair-like tendrils called cilia that can push tiny viruses out”) is redundant from the outset.

Bloomberg and Kary are indulging in political posturing at the expense of public health. They are exploiting the pandemic’s global tragedy for money and influence, ignoring the science, and damning lives. As Ricardo Polosa says, they are engaged in “a game that is trying to create a new hysteria.” 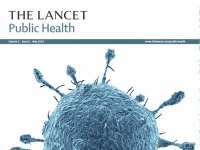 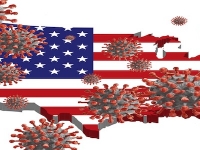