The Vapour Products Association of South Africa (VPASA) represents manufacturers, wholesalers, and retailers of smoke-free vapour products in South Africa. Facing up to misinformation being spread about vaping, the organisation speaks out to demystify vape.

“Conversations about the supposed negative impact of vaping should be based on scientific evidence as opposed to personal feelings,” says the VPASA. “The mistake that many anti-vaping advocates make is to lambast vaping while failing to acknowledge that there is still, hitherto, no scientific evidence that suggests that vaping poses a substantial risk to people’s health, let alone a risk equivalent to cigarette smoking.”

“Anti-vaping lobbyists claim that e-cigarettes are just as harmful as combustible cigarettes as they contain harmful toxins and chemicals that may lead to diseases such as lung cancer.   However, studies done by Public Health England (PHE), Royal College of Physicians (RCP) and the American Lung Association, indicate that risks associated with vaping are much lower than smoking combustible cigarettes.”

It says the recent evidence update from the PHE shows that governments should support the use of e-cigarettes “as an effective way to help people give up smoking”. It contends that by doing so lives will be saved.

The VPASA adds that the PHE update also mentions that ‘secondhand vape’ is fictional as negligible levels of nicotine are released into the air. The organisation says vapour poses no identified health risks to bystanders.

It adds that Cancer Research UK acknowledges that vaping does not involve the “extensive cocktail of cancer-causing chemicals” found in tobacco smoke. It says that it is clear that, “while the long-term health consequences of e-cigarettes are uncertain, they are almost certain for safer than tobacco cigarettes”.

“Whilst it is not disputed that there is some harm from vaping, evidence points to vaping being a less harmful alternative to smoking. People smoke cigarettes for the nicotine but die from the tar caused by burning tobacco. While electronic vaping products deliver nicotine through a heated aerosol consisting of a diluent, nicotine, and flavourings; it is inhaled much like smoking but without the damaging by-products of burnt tobacco.”

“Among smokers who are aware of the dangers of tobacco, most want to quit. Other benefits of vape products include the ability to control your nicotine intake or choose a vape product with no nicotine, the absence of toxic odours and second-hand smoke, and, because there’s no tobacco being burnt, carbon monoxide and tar are absent too.”

The organisation says there is a need for more fact-based education and a raising of awareness on the benefits of switching from cigarettes to vaping. “Perceived risks play an important role in whether people switch to vaping or not, which is a less harmful alternative.”

Image by Kiril Dobrev from Pixabay 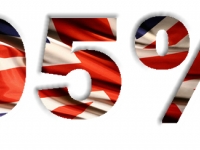 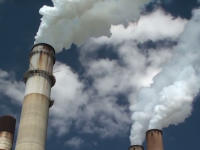